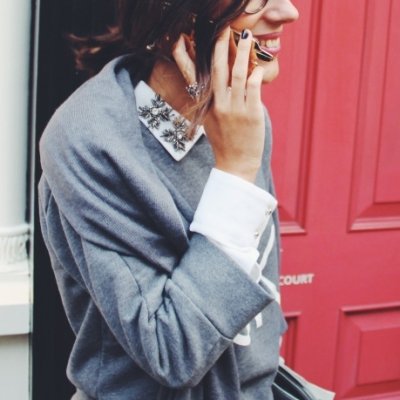 The most used slang in 2014 will follow us into the new year. Of course, the list keeps growing and growing, which means we could have an entirely new vocabulary in 2015. So if you're sick of the words that your friends keep using, you can be comforted by the fact that they won't be popular forever. But for now, here are some of the most used slang in 2014 that you've definitely used--or have at least heard before:

Bae may sound like baby, but that's not it's actual definition. The letters stand for "before anyone else," which is why so many people refer to their boyfriends and girlfriends as their bae. This is one of the most used slang in 2014, so it certainly won't go away anytime soon.

We all know some men who are always on the lookout for a hot new girl to kiss. People like them are what the kids like to call thirsty. It simply means that they never stop trying to get laid. It's their mission in life and nothing can distract them.

If you think two people are perfect for each other, you can say that you ship them. It just means that you want them to enter a relationship with each other. Why root for sports teams when you can root for your two friends to start kissing?

You never want this word to be used to describe you. It means that you're boring and bland. It's one of our twenty-first century insults.

Tons of people have began pronouncing the word "though" as "doe." It's used to make a point and to sound cute while doing so. The next time you have a crush on a bad boy, tell your friends that he's just so hot doe.

On fleek means on point. It was originally used to describe a girl's eyebrow game, but now you can use it describe your perfect outfit or hairstyle.

If you're overwhelmed with emotion, say that you have lots of feels. It's shorthand for feelings. Even if your friends have never heard the word before, it's pretty self explanatory, so they should have no problem understanding you.

Instead of giving a simple "yes," people have been gravitating toward saying "yasss." The extra letters just spice up the word and help you show your excitement.

This phrase is used when you're at a party. If you're having the time of your life, it's time to bust out the words along with your dance moves.

If you hear someone talking badly about their 'friend,' you can say that they're throwing shade. All it means is that they're being shady and doing something that they shouldn't be doing.

Slay means to do well. You can use it when you're talking about how amazing you look or when you're discussing how well you did on an exam. It's all up to you.

Whether you like these words or not, they'll be sticking around for a while. Of course, it won't be long until a whole new list of words enters our vocabularies. What slang word have you found yourself saying the most this past year?