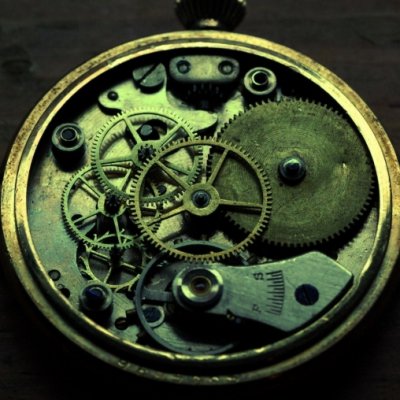 Paradoxes are all around us. They can usually complicate things to such a degree that mathematicians, scientists, philosophers and virtually anyone else who tries to solve them will end up with a painful headache instead of a logical answer.

This paradox is a true exercise in absurdity. It gives the example of an arrow moving through space. Given any instant of time linked to that arrow's path, the arrow can only move to either a place where it is or a place where it's not. Since the instant is only a snapshot in time, the arrow can't move from its position, nor can it move to the place it already occupies, since it's already there. So does this prove motion is impossible?

This is one of the most mind-twisting paradoxes that anyone can conceive of. Imagine a being that can do absolutely anything it sets its mind to – essentially being omnipotent. Would it be able to do something to limit its own abilities? If yes, then its omnipotence is automatically gone, and if no, then was it really omnipotent to begin with?

You've probably heard of this one. It seemingly proves time travel to the past to be impossible, since by going back in time, the time traveler has the possibility of killing his/her own grandfather and preventing him/herself from being born. So if the time traveler never existed, who commits the crime?

4. Achilles and the Tortoise

So in this age-old paradox, Achilles decides to race a tortoise. He also gives the tortoise a head start of about 500 meters. Now, supposing that Achilles runs 10 times faster than the tortoise, reaching that distance in a certain amount of time, the tortoise has already progressed another 50 meters. By the time Achilles reaches the 550 meter mark, the tortoise has gone ahead another 5 meters, and so on. At what point does Achilles actually catch up with the tortoise?

Suppose there's a small town with a single, male barber who abides by a simple rule: he shaves all those, and only those, who don't shave themselves. The question is, however, does the barber shave himself? If he does, he fails to uphold the rule, since he shaved someone who shaves himself. If he doesn't, then he fails to shave someone who needs a shave.

Proposed by a German logician in the 1940s, this paradox begins with a simple and innocent statement saying “all ravens are black.” In logical terms, through contraposition this statement also means that everything that isn't black isn't a raven. The paradox here is that seeing any kind of object that is not black seemingly brings evidence to the fact that ravens are black, even though the two statements are completely unrelated.

The Bootstrap paradox is when a piece of info or an object is sent to the past resulting in an infinite loop and making its point of origin indiscernible. Mmm, what? Let me explain. Let's say you buy a copy of Romeo and Juliet from the bookstore, travel back in time with it and give it to Shakespeare (before he's actually written or even thought of it). Shakespeare copies it and claims it's his own work. Centuries later, a copy ends up in the bookstore you bought it from before travelling back in time. You find it there (like you did the first time), buy it, and take it to the past (before it was written) and give it to Shakespeare. He copies and claims it's his own work. And so on and so forth. So who wrote Romeo and Juliet, then?

What's your take on these paradoxes? Do you know any other weird ones that should belong on this list?