Every year has its weird news, but 2014 has really seen a lot of strange or amusing stories. In 2015, we will surely have to try hard to outmatch these past 12 months. Let's forget about the stress coming our way as we begin the New Year and look back at some of the weird news stories from 2014.

Valeria Lukyanova is well known for her striking resemblance with a Barbie doll and her ridiculously tiny waist, but this year she surprised us with some very weird news, to say the least. After you've spent all your life trying to achieve the body figure of a toy that's probably responsible for the self-image issues of more than a few girls, what's next? Breatharianism! Valeria started practicing this new belief system according to which you must neither eat nor drink anything, as you can draw "cosmic food" from air and light.

2 A Dog's Excessive Love for Socks

Another one of the weird news we've heard in 2014 involves a Great Dane and a lot of socks. When the dog's owner found him retching and vomiting, he immediately took him to an emergency animal hospital, and what they discovered is stunning! The dog had eaten not one, not two, but 43 socks! Fortunately, the furry sock fanatic is alive and well.

3 True Love and an IPhone

A man in Bristol, heartbroken after breaking up with his wife, waited 44 hours in line to get her an iPhone 6. He had promised himself before the breakup that he would buy her the new gadget and was now hoping to win her back. Unfortunately, there's no news on whether his romantic gesture paid off.

4 A Rather Unusual Christmas Tree

One of the weird news that grossed me out in 2014 involves an Iranian man, Amou Haji, dubbed "The World's Dirtiest Man". While many try to maintain their health testing numerous diets and sweating at the gym every day, the 80 year old man states that he managed to stay healthy by smoking animal poop and never bathing. I do cherish my health, but I'm not sure I would be able to do this even if it helped me become immortal.

6 Green Fuel (or Rather Brown?)

I guess there really is much more to poop than meets the eye, as this year we also learned that poop-powered buses exist. The biomethane gas that powers the famous bus up and running in the UK is produced using human sewage and food waste, and it can reduce greenhouse emissions by over 80 percent compared to gasoline.

A couple in Massachusetts requested this December to have their middle names changed to "Seamonster". They refused to be interviewed, so no one really knows what has led to this curious decision. It may seem silly to some, but I actually find it pretty cute!

A woman in Scotland felt very ill and suffered extreme weight loss for no apparent reason. The doctors must have been pretty surprised when they found the cause of her symptoms – a 5-inch sex toy stuck in the woman's vagina… for 10 years! It seems she "lost" the toy during a drunken encounter and couldn't remember whether she took it out or not.

These were just 9 of the numerous weird news we've heard this past year. Which one surprised you the most? Do you know other such stories you'd like to share? 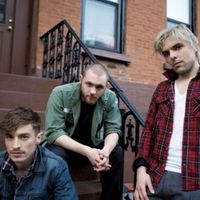 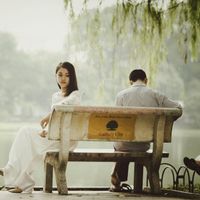 12 Things You Want to do after a Bad Break up but Shouldnt ... 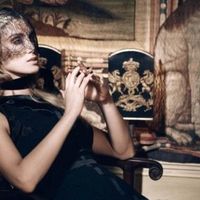 Things to think about before bed

How long does a good date last ...
What spices go with sweet potato ...
What colour shows off a tan ...
What is the difference between maca root and maca complex ...
How to make a difference in life ...
How to shut someone up in an argument ...
Is canned tuna safe to eat ...
Is tuna a good source of protein ...
The superman kicks this cool guy my gardener met yesterday for a disease. ...
Whats a genuine cause close to your heart ...