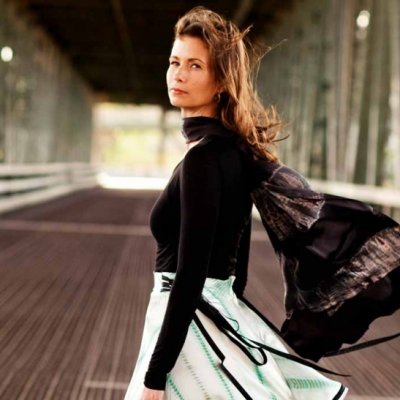 Sadly, these days every female needs to know some ways to deal with public harassment. It's infuriating when you can't walk down the street without being hassled, so if it happens to you, you need to know how to handle the situation. Harassers are generally trying to annoy or upset you, so don't let them see if it's worked. Try these ways to deal with public harassment instead …

One of the most effective ways to deal with public harassment can be to speak out. People who perpetrate this kind of behavior often rely on their target being too intimidated or embarrassed to speak up. So show them that their behavior is unacceptable and that you aren't afraid to cause a scene in public - after all, they're the ones who should be embarrassed, not you.

You can also seek help from people around you or from security or staff, depending on the location where you are. This can be effective as it warns the harasser that they are being monitored and that someone is aware of what they are doing. Other women can also be very helpful and come to your defence once they realise what is happening.

Some transit authorities are now introducing apps that allow you to report harassment, including submitting photos. Everyone can quickly take photos on their cell phone, so yours could be a useful tool in helping to catch repeat offenders. It's probable that anyone who harasses you is doing it to other women as well, and the more people that report it, the more likely he will be caught.

If you know who the person harassing you is, or there's anything that could identify him, such as a work uniform, report it to his employer or to the authorities. Much harassment goes unreported, as it's so common. So the more women who stand up and make clear that this behavior is unacceptable, the better.

Do people who harass others either not know or care that their behavior is inappropriate? Either way, you can tell them flat out. Say what it is that they shouldn't be doing - 'you don't touch strangers' or 'I'm reading my book, please don't bother me.'

Sometimes, ridiculing the person who's harassing you can work very well; if they're assuming that you'll stay quiet and put up with their tactics, making fun of them can make them feel small. So for example, if someone is calling to you from a car, shout out, 'Hey, your momma needs her car back' or 'You in the blue car - it's next left for drive-in manners.'

Finally, always try to project an air of confidence, even if you don't feel it. Don't show them that they are getting to you. Acting confident may even stop anyone hassling you in the first place, so look like you know where you're going and that it's not worth hassling you.

Judge how you think is the best way of handling each situation. If you really feel threatened, you should call the police or alert someone who can help, like a security guard. Do you have any good put-downs for guys who are hassling you?