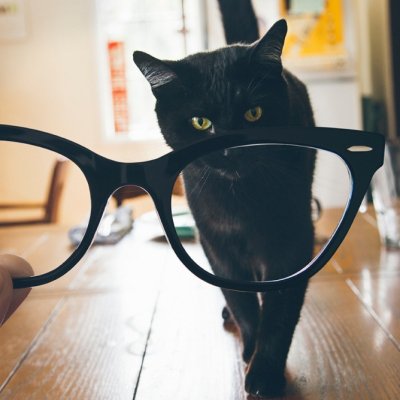 Some superstitions are so deeply engraved in our culture that even the most rational people give in to them – or at least feel weirdly uncomfortable when trying to ignore them. Why do we feel uneasy when a black cat crosses our path? Why do we avoid walking under ladders? Why do we knock on wood? Read on to find out how some of the superstitions we all know (… and love?) have started.

1. Breaking a Mirror Brings You 7 Years of Bad Luck

Ancient Greeks used to consult "mirror oracles," who would predict their fortune by examining their reflection in the looking glass – the practice was called catoptromancy. If the image in the mirror appeared distorted, it was a bad sign (usually bad health or death). Now, what does this have to do with 7 whole years of bad luck? Well, it was sort of a team effort, the Romans having played a role in this too. They introduced the idea that one's health follows a 7-year cycle. And so, a distorted reflection resulting from a broken looking glass would mean 7 years of bad health or misfortune.

2. Knocking on Wood is Lucky

Knocking on wood to prevent disappointment may be one of the most popular superstitions still alive today, yet historians can't quite agree on its origins. Some say it comes from early pagan beliefs according to which deities lived in trees, and knocking on a tree would call the spirits inhabiting it to protect you. Others believe it originated from the old religious rite of touching a crucifix when you take an oath. And some say it all started in the 15th century during the Spanish inquisition, when many Jewish people would flee to wooden synagogues and use a special secret knock to be let in.

3. Don't Open an Umbrella Indoors as It Brings Bad Luck

Although some state this belief started in Ancient Egypt and is closely linked to the superstitions surrounding pharaohs' sunshades, most historians think that it actually originated much later, in Victorian England. And the reason was more of a practical one – the clumsy opening mechanism of the umbrellas back then would make them a true hazard indoors.

This is another superstition whose origins are debated by historians. What is known and generally accepted is that ancient Egyptians revered all cats, no matter the color, and having a black one cross your path would actually be a sign of good luck. The belief allegedly shifted much later, when King Charles I, after the black cat he kept as a pet died, claimed that his luck was gone too.

And here we are, back to Ancient Egypt again. All roads may lead to Rome, but it seems all superstitions lead to Egypt. A ladder leaned against a wall forms the shape of a triangle and, to ancient Egyptians, triangles were sacred, representing the trinity of Gods. So, walking under a ladder basically meant passing through a triangle and, thus, desecrating the gods – not cool!

There are multiple theories regarding this one as well. The one I love the most is that the superstition has its origins in Norse mythology. In a well-known legend, when 12 Norse Gods were having a nice dinner in Asgard, Loki crashed the party, raising their number to 13 and ultimately causing the death of Baldur. I, for one, wouldn’t mind Tom Hiddleston crashing my parties dressed as Loki…

I don't consider myself as a superstitious person, but I always make a wish when I see a shooting star – I know it won't magically come true, but I still can't help myself. Why do so many of us wish upon shooting stars? It seems the Greco-Egyptian writer and astronomer, Claudius Ptolemy, is responsible for this one. In his second-century treatise, Almagest, he wrote that the Gods, at times, out of boredom or curiosity, peer down at us from between the spheres. When this happens, stars would fall out of this gap, becoming visible as shooting stars. Ptolemy theorized that, since the Gods are already looking at us when shooting stars appear, they are more receptive to our wishes and thus it's more likely that they will come true. Beautiful!

What are your superstitions? Do you know other interesting theories about the origins of such beliefs?