Vampires ...Real or Not 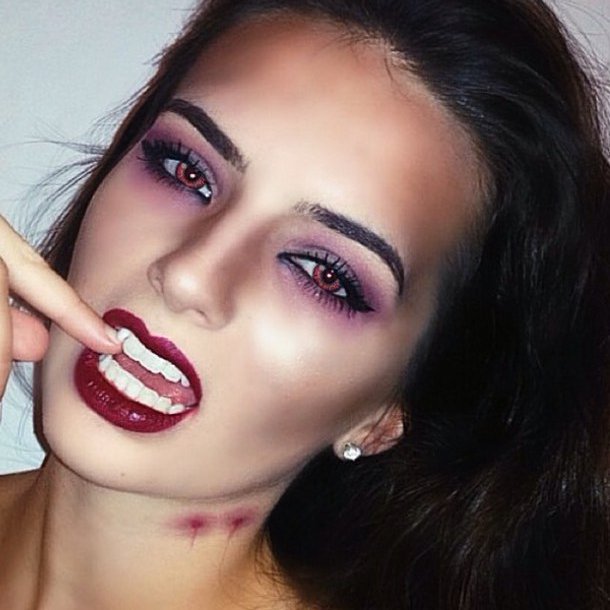 There is a huge interest in vampires. This enthusiasm might have begun when Anne Rice published her book Interview with the Vampire in 1976. She followed this up with more books about the world of vampires that she created. Television and movies capitalized on the popularity with offerings like The Lost Boys, Buffy the Vampire Slayer, Underworld, Frances Ford Coppola’s version of Dracula, and the Brad Pitt/Tom Cruise version of Interview with the Vampire.

This genre became even more popular thanks to televisions Vampire Diaries and True Blood. And let’s not forget the Twilight trilogy.

When phenomena like these creep into our consciousness, you can’t turn around without bumping into something vampire related. With this all around us, many people start to believe that vampires are real. At least they want them to be real because the fantasy is so enjoyable. What do you think, are vampires real?

The answer to this question just depends on the definition. When referring to a vampire, we are talking about supernatural creatures who are immortal, can’t handle sunlight, can turn into other creatures, has fangs that they can suck blood with, fears crosses and garlic, and might possibly fly…the answer to this is no. These creatures don’t exist. Well, there isn’t any evidence to prove its existence. These creatures are just fabrications of movies, television, and novels.

If we get rid of all the supernatural properties, some people out there think they are a certain type of vampire.

Because of the large publicity of vampires in media today, there is a subculture of vampirism; these people mimic the lifestyle of their heroes in fiction. There is a bit of overlap within the Goth community. Both of the subcultures are looking for empowerment in the mysterious and dark side of things. These vampires dress in black and wear accessories of the vampire culture and listen to Goth music. When looking at websites about these people, their way of thinking is it isn’t just something fun to do at clubs, but it is a part of their complete lifestyle. They form extended families that are modeled after clans, covens, etc that they found in some fictitious role-playing game.

Lifestyle vampires don’t make any claims to have supernatural powers. It wouldn’t be fair to dismiss them as people who want to play Halloween all year long. They take their lifestyle very seriously. It fills their inner spiritual needs.

The sanguine - which means blood red or bloody - vampire might belong in the group mentioned above but take this fantasy a step further by drinking human blood. They don’t drink a glass full like one would wine, but will just add a few drops of blood into something else they are drinking. On special occasions, these people will feed from a donor or volunteer by cutting someone and sucking up the trickle of blood.

Some of these vampires claim they have a need to drink human blood. Our bodies don’t digest blood well and there aren’t any physiological conditions that account for this type of need. If they actually have a craving, then it really is a psychological condition of merely a choice.

Psychic vampires claim they have to feed off other people’s energy. Some of them might adopt the lifestyles listed above. Pranic vampires are people who need to obtain energy from outside sources. They can’t generate their own energy and sometimes don’t have the capacity to store any energy they actually have. You can find psychic feeding techniques on the web.

With the spirit of “is it real” we need to question if this is a true phenomenon. If we stop and think about it, we have been around people that seem to drain the life from us and the energy from any room they enter. You can actually see them feed on it. Some might argue that it is just psychological but that is why it is called psychic vampirism.

There are many serial killers that deserve the label of vampire if drinking human blood is a qualification. During the late 1800s and early 1900s, Peter Kurten who was known as “The Vampire of Dusseldorf,” committed nine murders and attempted seven more. He achieved sexual arousal when he saw his victim’s blood and even ingested some of it. “The Vampire of Sacramento”, Richard Trenton Chase, acquired this name after he killed six people and drank their blood.

These so-called vampires are insane. Their compulsions and practices make them more of a demonic vampire than any of the other vampires that have been listed here.