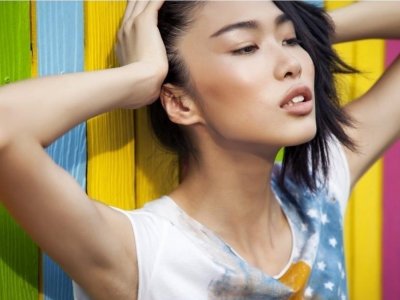 Sometimes the signs a friendship may be over are difficult to see. We want to keep our friends for life, or at least be able to support each other. However, sometimes this simply isn't possible. It might be because of a major clash, the development of a “replacement” friendship or simply because the friendship has reached the end of its cycle. Whatever the reason, it can be really difficult to move on when we feel a major relationship in our lives has ended. But how can you tell? How do you know it's over? How can you tell if you should try to save your friendship, or if you should just throw in the towel? Hopefully you'll never need them, but here are some of the signs a friendship may be over.

1. She Never Seems to Have Time to See/talk to You

Do you feel as though you're being pushed aside? One of the biggest signs a friendship may be over is avoiding each other. Sure, we're all busy, but people who want to be around us don't turn down our invitations without making an alternate plan, or at least *trying* to.

2. You Don't Have Anything in Common Anymore...

...or there's something major you don't have in common. This can happen when someone gets married, has kids or just moves away. Your priorities have changed, and suddenly you don't have anything to talk about; your lives just aren't as parallel as they once were. This isn't saying that you can't still be friends so much as that sometimes, your lives turn in opposite directions. Make an effort to keep in contact, but don't beat yourself up if this happens.

3. You Get on Each Other's Nerves

This isn't to say that you will never be annoyed with a friend. However, do you seem to spend a lot of your time together being irritated with each other, whether overtly or not? Do you remember why you liked them to begin with? Is that still there? If not, is there something to replace it? If not, perhaps it's time to let go.

This differs from the above in that you're not irritated so much as awkward. Do you enjoy spending time together, or does it feel like a chore? Does conversation come naturally, or does it feel forced? Does she act like she doesn't want to be there? Does it always feel like something's wrong, even if you're not sure what? You should enjoy being with your friends, not dread it.

5. You're Rude or Critical of Each Other

Is she inconsiderate or rude when she wasn't before? Does she always find fault with you? I once had a friend who was really close to me for several years, but for some reason she just stopped talking to me. It wasn't accidental; she would deliberately ignore me by directing everything to the person I was with and act like she didn't hear me when I spoke to her. While you don't necessarily have to walk on eggshells (which goes into #4), you shouldn't upset each other. If it happens, you should at least *care*.

6. You're (intentionally) Left out of Things

When I say “intentionally”, I'm talking about motivation. For instance, one friend of mine prefers to spend time with people one-on-one rather than in a group. She's more introverted that way. Also, sometimes your friend might not ask you to do something if she knows you're not interested or otherwise wouldn't be able to go. However, if you're never asked to do anything or left out of something your friend knows you'd want to be part of, that could be a problem.

7. You're Not There for Each Other Anymore

I'm not saying your friend should drop everything to help you; sometimes they're seriously not in a place to lend support, emotional or otherwise. But if you know that they are but they don't seem to care about what's going on with you, there could be a problem. Friends are supposed to at least want to support each other.

As much as it can hurt to lose a friend, sometimes that's the way things happen. You should definitely make every effort to keep up with a good friend, but it helps to accept that sometimes things end on their own without it being anyone's “fault” Remember, not every friendship is meant to last forever. People are often in our lives for a reason, a season. Sometimes a friendship ends because its cycle is over, nothing more. Has this ever happened to you? Have you ever lost a friend? Have you ever “fallen away”? On the other hand, has anyone ever stabbed you in the back or just been mean the way I mentioned above? I'd love to hear from you.