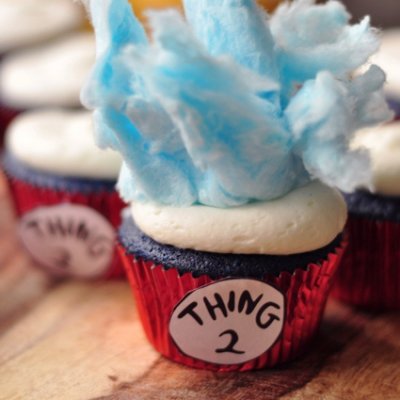 One of the most prolific authors of children's books and cartoonists of the 20th century, Dr. Seuss has practically reinvented the genre using clever and unique characters, terms and rhymes. His illustrations have captured the hearts of millions and have been adapted into various films, animations and even a Broadway musical. His perfectionism was astounding, and close sources suggest that sometimes Dr. Seuss would scrap over 95% of the content and start over, until he was completely pleased with the results. As thanks for his work, Dr. Seuss' date of birth – March 2nd – was dubbed National Read Across America Day. Let's find out a few other things about this incredible author you might not be familiar with!

The "Cat in the hat" book isn't the only correlation between the multiple award winning author and this classical garment. In fact, Seuss was an avid collector and, by the end of his life, his assortment of various hats comprised of several hundred different pieces. Friends and family would be able to see them at dinner parties, but now the general public also has a chance to view the collection by attending the Hats Off to Dr. Seuss travelling expo.

2. There's More to "Horton Hears a Who" than Meets the Eye …

The apparently innocuous story of an elephant who's able to perceive tiny voices that others can't really hear conceals a deeper hidden meaning. Its message is that everyone matters, irrespective of how small they are and, while it does seem to be just a positive life lesson for children, Seuss wrote "Horton hears a who" following a visit to a World War II ravaged Japan. His initial anti-Japanese attitude faded away and the book is said to be dedicated to a friend he made there.

Another divisive title that generated a great deal of speculation is "Yertle the Turtle". Seuss finally admitted that the inspiration for the power-hungry amphibian came from one of the most famous dictators of the 20th century, none other than Adolph Hitler. What's more, while you'd expect this aspect to constitute the greatest source of controversy, in reality the publishers felt very strongly against the burping of the turtle!

4. The Doctor Title Was Awarded to Him Much Later

His books may have been signed as Dr. Seuss, but he only received the honorary doctor title in 1956. Darthmouth, Seuss' alma mater, awarded it to him for his groundbreaking literary works. The fact that he penned the books as Dr. Seuss was somewhat of an inside joke, since his father had always insisted that he should pursue a career in medicine.

While almost the entirety of his works consisted of children's books, it would seem that Dr. Seuss didn't in fact like to be around kids. He experienced anxiety because, according to him, children are extremely unpredictable and surprising, and he didn't know how to react. Even his widow stated that he was simply unable to relax and just play with them. Dr. Seuss preferred to entertain children from a distance, through his books.

6. …but He Often Bragged about His Imaginary Kids

We don't really know whether he did it just to mess with his friends, but Dr. Seuss would often speak of several imaginary children. Chrysanthemum Pearl, his invented daughter, was his favorite. Other names he would sometimes mention were Thnud, Wickersham and Norval. Moreover, he didn't just resume at discussing their exploits at dinner parties; he frequently signed their names on family Christmas cards.

7. You Have Him to Thank for the Term "Nerd"

Seuss was always an advocate of literacy programs and encouraged millions of children to start reading from very early ages for their personal development. Considering this, it may seem like a paradox that the author is also responsible for coining the term nerd, which debuted in "If I Ran the Zoo", published back in the '50s.

Do you know any other remarkable facts about this popular author? What's your favorite Dr. Seuss book and what did it teach you?