Every few weeks, I update my iPod with new songs, but sometimes, it’s not easy finding out how to discover new music. Years ago, I’d just browse my favorite CD store, or listen to local radio, but CD stores are all but extinct and local radio is mostly junk. If you’re in the same boat as me, wondering how to discover new music to suit your fancy, keep reading. Here are a few of my favorite places and ways to find new music.

I used to love MTV, back when they actually played music videos. If you’re wondering how to discover new music, turn on the TV… but switch the channel away from MTV and tune in to your favorite shows instead. TV shows have great music, and so do some commercials! One of my favorite new songs, “Ho Hey” by the Lumineers, was just featured in a beer commercial. And a few years ago, another of my favorites, “Golden Age” by the Asteroids Galaxy Tour, was featured in another. And how about “The Rescue song” by Mister Little Jeans in the Honda commercial? See? Watching TV, or even just listening to it, is a great way to hear something new, something you might just love!

If you’re looking for new music, another great place to listen is Pandora, or any of its competitors. Simply choose the channel for a band or artist you already like, and keep listening. I’ve found loads of great new music on the “Death Cab for Cutie” and the “Snow Patrol” channels, music I probably wouldn’t have heard anywhere else. 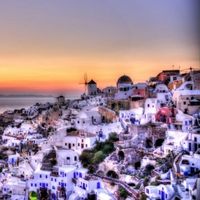 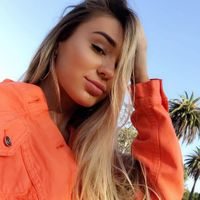 5 Genius Ways to Boost Your Confidence ...

My friend Jasmine has the best taste in music, so when I’m looking for something new to refresh my playlists, I ask her for some suggestions. Chances are, you have a Jasmine in your circle of friends, someone who always has a new band, artist, album, or song to share. Thanks, by the way, Jas!

My daughters are another source of new music, which is surprising, since they’re 22 and 8, quite a range and a difference in their musical tastes. I would never, ever have given Taylor Swift a listen, if it wasn’t for Sophie, my 8 year old; I wouldn’t have ever even heard of MGMT or Band of Horses if it wasn’t for Fawn, my older daughter.

Every time I go into Urban Outfitters, there’s something on I love. Thank goodness for the Sound Hound app! I’ve even heard great songs at my favorite coffee shops (that’s so cliché, I know) and even at — gasp! — Tim Horton’s. Keep your ears open! Lots of businesses have satellite radio, so they’re great places to find new music to listen to.

I’ll just be blunt: Rolling Stone is a shadow of its former self. When I’m looking for new music, I pass up Rolling Stone and Entertainment Weekly (too watered down!) and pick up Magnet and Harp magazines instead.

While I was a bit… shocked… that I heard a review of Kesha’s new CD on NPR this week, I still think it’s another excellent way to hear about new music. They have a collection called “All Songs Considered” and they always play the best music between news segments. Their show “This American Life” is another source; again, between segments, or in the background of their stories, they have such good songs! I think that’s where I first heard Aimee Mann’s “Magnolia” Soundtrack music.

Somewhat related to the “TV” suggestion, is “movies.” So many movies have wonderful soundtracks, and again, they feature music I may not ever have heard anywhere else. Go see something new, and pay attention to the songs. Seriously! That’s where I first heard “Sweet Disposition” by The Temper Trap, in a trailer, not even a movie!

I love going to see local bands play, bands I’ve never heard of. It’s so much fun, and it’s another great way to hear something new, something you might just love. And who knows? Someday, you might be able to say you heard the IT band before they made it to the national stage.

There are so many places to hear new music, music that might be the soundtrack to your own adventures! I feel silly saying it, but half of the new music I buy is from TV commercials… but it’s fantastic! How do you discover new music? What have you found lately that you love?

He is confusing ...
How many cakes for 99 firemaking ...
How to build a gingerbread house ...
What are you glad your parents don't know about you answer bumble ...
Why is quinoa healthy ...
Whatis gluten ...
How much does ground cinnamon cost ...
Why do the chinese eat dogs ...
How i met your mother keeping someone on the hook ...
What to do for an allergic reaction to food ...