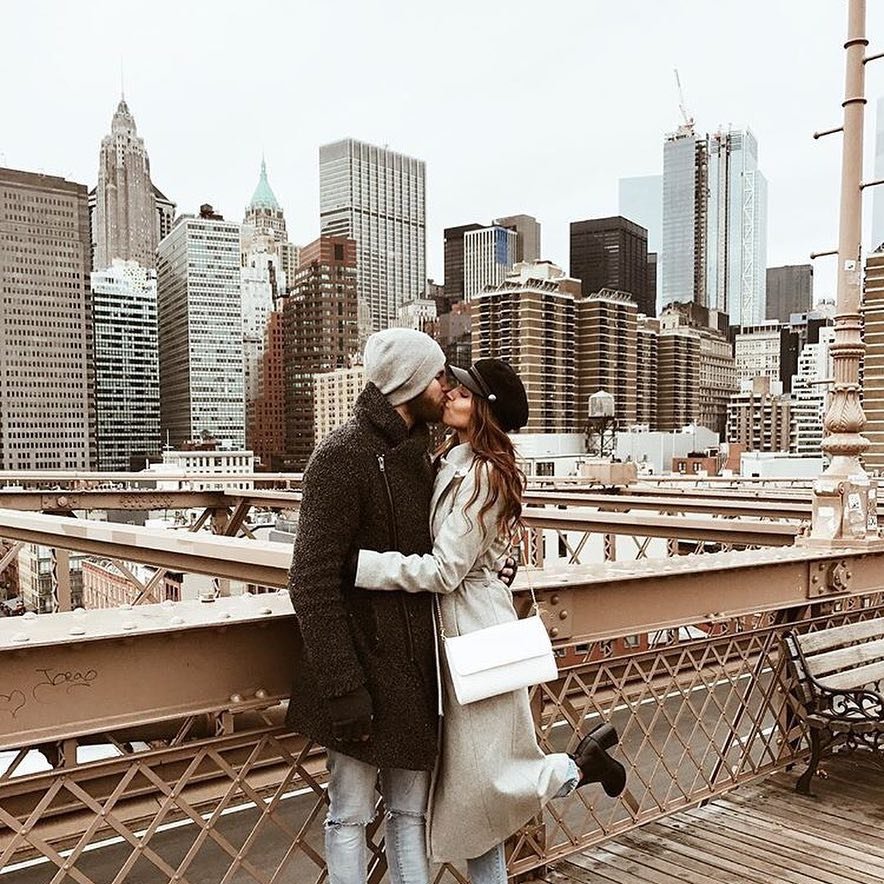 Surviving your first year in a new city isn’t a piece of cake, but it is completely possible to make the process almost stress-free with a few little tips and tricks. After moving to New York City alone three years ago, I learned quite a few things that made the experience so much easier. Certain tips and tricks can not only save you time, a headache, money and from dangerous situations, but can also help you stay prepared. All new cities are full of surprises and without some preparation first, moving can be quite a challenge. Follow these tips for surviving your first year in a new city and be sure to share any you might have with me too.

1. Get a Safe Apartment

What might seem like an obvious choice for surviving your first year in a new city, isn’t always the easiest one to make. Getting a safe apartment can take some research before you move, along with paying more for a good apartment, but isn’t it worth it? Scout out neighborhoods before you go, and when you go to hunt for an apartment. If you move last minute and just take anything you can find, you risk putting yourself into some pretty dangerous, compromising situations. After all, do you really want to save $100 a month on rent when that means you come home each day not knowing if you’ve been robbed? I didn’t think so!

Hands down, one of the most important things I’d tell anyone to do is get a local app to navigate the city you’re moving to. Without my iPhone’s New York Kickstart app, I would have never made it alone. This app told me every subway route to take, had a complete GPS included, along with an extensive map and it even updated me on traffic delays. Most cities, especially larger ones, have apps that are similar. If nothing else, be sure you get a basic GPS map, along with one that helps you navigate traffic in the city.

If you’re moving to a city with public transportation, be sure to know the train or bus routes. I’d advise asking locals which are the best ones to take depending one where you’re going, but also be sure to know them for yourself in case routes get altered, or even canceled last minute with delays. Then you’ll be prepared for how to get anywhere you want to go, without having to search out someone to ask. It might take a little time to learn them, but once you do, it will be simple and you’ll be able to get around much easier.

4. Get Tips from Locals

Whatever you do when you move to a new city, be sure to you talk to the locals there! You’ll get insider tips from people that know the city, know the trends, and know how traffic works. They’ll also be able to tell you about neighborhoods, the best restaurants, grocery stores and more. Trust me, locals can be your best asset. Don’t be afraid of them; make friends with them!

Living in a big city is so much fun, but it’s also tricky. Where I come from in the south, it’s very common to do huge shopping trips, twice or once a month to help save money. I hate to tell you this, but this is not a good idea when moving to a big city. For starters, if you’re taking public transportation, you risk the chance of getting robbed by carrying so many goods that you struggle to carry them all. Second, it’s hard to carry them all! I once lugged 10 bags of groceries home by myself 8 blocks living in New York and promised myself I’d never do that again. You’ll have to go grocery shopping more often, probably several times a week, so be sure you plan out what you need the most, on what days and don’t carry too many items at once. You also might not have a huge apartment to store everything at one time you like, which is all the more reason to buy just what you need, a few times a week.

Another really important tip for surviving your first year in a new city is to learn to leave for work early. Boy, this is so hard for me! Tardy was practically my middle name growing up! Leaving early is essential in a big city though, for the main reason that cities are busy places and this means more people, which means slower traffic, and more opportunities for delays, especially during rush hour. I suggest leaving at least 30 minutes earlier than you normally would leave, and if you take a route that’s known for delays, consider leaving even earlier, or taking an alternate route.

While we’re on the topic of traffic delays, this is another issue you need to be aware of for surviving your first year ina big city. Prepare for traffic hold ups and you’ll be able to navigate alternate routes, or adjust your schedule accordingly. Traffic issues are pretty common in all major cities, but if you leave early and are prepared to take alternate routes, you’ll be just fine!

Living in a city will teach you one thing about cash- don’t carry it, or don’t carry a lot! Cash is much easier to get stolen, and credit cards are accepted everywhere in major cities, even at small stands where food is sold, etc. You could carry cash for items like a newspaper, and perhaps a coffee or two, but I don’t suggest carrying large amounts or you risk getting robbed easier if someone sees you pulling out a big chunk of money. Instead, carry either a pre-paid debit card, a debit card, or a credit card, and keep it tucked inside your pocket, blouse, or your purse, somewhere safe.

9. Get an Umbrella and Galoshes

My first week in New York, I realized I needed a pair of galoshes and a really big umbrella as soon as possible. It poured the first three days I was there, which left me walking around soaked because I was unprepared. Being able to walk nearly everywhere in cities is one of my favorite things about them, but unfortunately, this means that you’re exposed to all kinds of weather. Get a large umbrella and some galoshes. You can easily stay much drier this way, and you won’t arrive to work looking like a mess! You can easily carry your work shoes in your bag ( a larger one) and change when you get there. This is very common, and I saw many women doing it when I lived there.

Don’t move to a new city and be a loner! Get out and meet people. Go dine at some of your favorite kinds of places to eat, or just hang out at bookstores or coffee shops. While you’re there, talk to people and meet people to find what kinds of people will make great friends. They’ll enhance your life, and your experience in a new city, plus make it seem much less of a lonely situation. Moving can be very isolating if you don’t know anyone, so be sure to start putting yourself out there and meeting people whenever you can.

The next thing I’d advise anyone to do is to invest in the city, and no I don’t mean with your paycheck. What I mean is, experience the city. Don’t just go to work, come back to your apartment and watch television all night. Get out in the city and spend time in it. Cities are vibrant, energizing places, full of life, opportunities and great things to do. Learn about the history, visit places throughout the city and learn what things there are to do. Doing so will only enhance your entire moving experience and make you happier for it too. It also puts you in a great place to meet more people.

Your first year in a new city can leave you very tempted to eat out every meal. With all the great places to go, people asking you to go to happy hour at local bars, and wanting to meet new people makes it very easy to eat lunch and dinner out every meal, but it’s a great way to go broke fast. Carry your lunch to work and treat yourself once a week to lunch out. Try to cook a few of your weekly dinners at home, and invite people over if you don’t want to eat dinner alone. Surprisingly, you can shop in cities pretty cheap at local grocers which charge less than many mainstream grocery stores do. Fresh produce stands in cities are also very economical compared to produce in regular grocery stores. Be sure you’re smart with your money so you can make the most of your experience in the city and not find yourself broke from too many restaurant meals out.

Lastly, be sure you’re safe! Know the streets well, what times you shouldn’t be walking alone, where you shouldn’t migrate to, and what parts of the city to avoid getting into cabs in. Putting yourself in dangerous situations is not a good idea, no matter where you live, but especially a big city where you risk getting robbed, mugged, or worse.

If you live in a big city, I’d love to hear from you! Share your best tip for surviving your first year in a new city so everyone can find out from the pros! What’s your best tip?