7 Thoughts about Feminism That Are Perfectly Fine ... 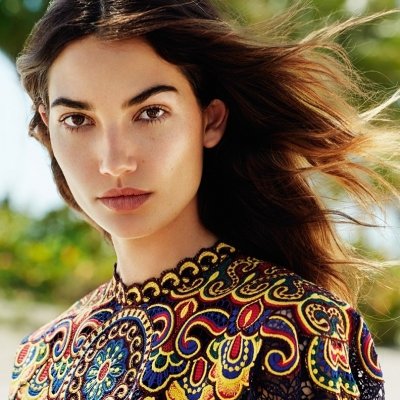 After the recent 'Women Against Feminism' online campaign, I wanted to take the opportunity to share some of my thoughts about feminism. This is largely because I feel that it's a term I, as a woman, don't own anymore. Rather, I feel like I'm told, by both men and women, how I should feel, what I should do and what feminism should mean to me. Whilst I class myself as a feminist - of course I do - I don't like this. So, if you feel the same or catch yourself feeling guilty for not believing in something you feel you should, here are 7 thoughts about feminism you can have and still be a feminist.

2 I Am a Woman, Not a Feminist

Because there is so much debate surrounding the term itself, I know a lot of women who don't want to class themselves as a feminist - or, at least, they don't want that to define them. And that is OK. But it doesn't mean you're against feminism. What woman could possibly argue against, for example, equal rights and pay? It's the term and the stereotype you're objecting to, not the issues.

3 Men Will Judge Me if I Say I'm a Feminist

I know a lot of men who automatically assume an idea, often negative or slightly mocking, of you in their minds if you say you're a feminist. This isn't right but it is sadly true. I know that admitting you're scared of saying you're a feminist because you're worried about what a man will think goes against the very idea of feminism. Unfortunately, that's how it is. However, it's also one thing that you really can't let affect you.

4 Women Will Judge Me for My Beliefs

Unfortunately, this works the other way, too and personally, I think it's even worse. It's by no means a united movement and you don't know whether you'll have someone's support or their condemnation. If that puts you off openly sharing your opinions on the subject, I, for one, understand your reasons.

5 Does It Really Affect Me?

I know a lot of women don't identify themselves as feminists because they don't feel the need to. They're not oppressed and they're not discriminated against. That's wonderful. If you don't feel like a victim, I don't see why you should act like one. But the fact is, there are women all over the world who aren't granted even the basest of human rights - and that is why we still need feminism.

I noticed that a lot of women (in the anti-feminism campaign) said that they liked men so therefore they weren't feminists. That's completely ridiculous - of course you can be a feminist and still like men!

I feel like I am told, by some women with feminist beliefs, the way I should feel, the views I should have and the way I should live. I can't be the only one who feels this and until that judgement is gone, until women are allowed to live exactly as they want - whether that's as a single woman without children in her forties and a married stay-at-home mum in her early twenties - it will be a concept that divides as many women as it unites.

I did feel nervous writing this as I know how inflammatory anything on the topic can be. I just feel that most women are middle-of-the-road - not anti-feminists but not actively campaigning - and I think there should be more out there to reflect that. How do you feel about feminism?