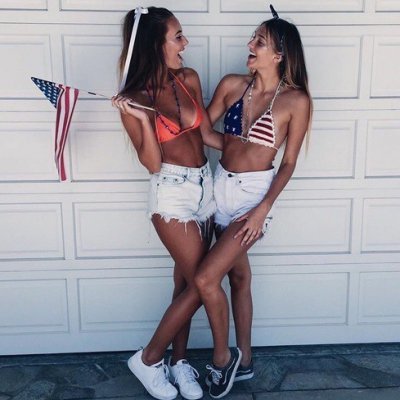 If you're anything like me, you might be wondering if you even want to vote in the 2016 election. It seems like there is a lot of controversy surrounding both candidates and you don't want to vote for someone you aren't completely confident in. Luckily, you still have a few months to do your research and make an informed decision. If you're thinking about avoiding the polls this year altogether, DON'T! Here's why you need to vote, even if you're a bit unsure who to cast your ballot for.

1. You Have to Represent

When you don't vote, many hot button issues are controlled by Congress rather than the popular vote. Have an opinion about raising the minimum wage? Want to see changes to health care? You have to put in your vote because the more representative your democracy is on such issues, the more attention that our Congress has to pay to the wants and needs of the citizens of the country. Don't ever fall under the impression that your one vote doesn't matter because it could be the final one to get a new bill or initiative passed.

2. You're Voting for More than the President

Sure, that's probably what you're most concerned about right now. But the truth is that you are casting your vote for more than just the next president. Deciding to skip the polls because you're depressed about the presidential candidate options could mean that things you are sure about and want to see changed don't happen. One vote can make a difference.

Don't forget that there was a time when women were not allowed to vote in the elections. Anytime you're tempted not to vote, try to recall the tireless work of all those suffragettes who battled to win your right to vote. Women hold a lot more power in this election than they might be given credit for and your vote can change things so reserve your right and thank the women who earned it for you!

4. Vote so You Can Complain

That sounds funny, but when the election goes opposite how you think it should, you can't really argue it when you didn't take the time to cast your vote. If you want any credibility in future political conversations, you have to be able to say you voted for the side you're taking.

It might be easy to fall under the idea that voting doesn't really do any good. Candidates often don't follow through on their promises and things often don't go the way you expect them to. However, your vote can change things and make the positive difference you want. If you want to see something different for your country, you have to vote for it.

Do you have younger sisters or nieces who look up to you? Maybe you have friends who couldn't care less about politics. When you head to the voting booths, you're setting a great example for other women. Voting is vitally important once you turn 18 and taking advantage of the right to vote is something you owe yourself and the women of future generations.

7. You Encourage Future Candidates to Run

If you feel like voting for a good candidate doesn't matter because he or she won't win anyway, you are effectively discouraging future great candidates from entering the race. Even when seems hopeless, every woman owes it to her country and her preferred candidate to vote. Even if that person doesn't win, another perfect person could come along and win it in the future. Wouldn't you like to see that happen?

Many people are worried about the 2016 election in the United States. You're right to worry, but you're not right to not vote. Why will you be heading to the polls this year?