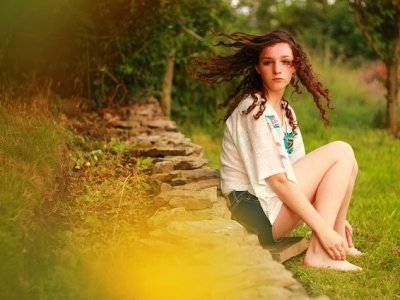 After years of reading about all the things you absolutely must do when you're young, I decided perhaps a post on the things you don't have to try might be a good idea. Why should you feel like you should be doing something or acting a certain way just because some magazine or TV programme tells you so? You should spend your time doing what YOU want to do - so here's my list of things you don't have to try when you're young...even if you feel like you should.

This isn't something I've really done and it's top of my list of things you don't have to try. Have you read a book or watched a programme where the protagonist, if they're older, doesn't reminisce or refer to their wilder youth? And if they don't, doesn't it show them regretting it? But why? If you haven't had that wild period in your life, does that mean you haven't had fun? Of course not. If you don't want to drink or get drunk, then don't. If you don't really like going to clubs or whatever, then don't do it. If you were middle-aged at 15, then good for you. You'll definitely have a lot less embarrassment to look back on.

It's generally accepted now that most people will have more than one partner in their lives. In fact, a lot of the time we're encouraged to have more so we're sure we've found 'the one.' But in my experience, I haven't gained very much from the ones who haven't been Mr Right, except for embarrassing stories to tell my friends and body-curling cringy-ness. Don't feel pressured to sleep around because you're afraid you might be missing out on something if you don't.

I got my first boyfriend at 18, and I spent approximately four years before that thinking I was weird for not having one, then the three years after that worrying that I wasn't mature enough for a long relationship. If you don't find anyone that you want that kind of relationship with, then don't be in one. Even if all your friends are and you feel a bit lonely, you can feel a whole lot lonelier spending all your time with someone you aren't that into.

4. Do Something Amazing and Possibly World-changing

Sometimes I feel like there's so much pressure on me to do well and succeed. Obviously I want this for myself, but when you hear about the 21 year-old who's written a bestselling book or the 23 year-old who's created the multi-million dollar app, sometimes the quiet little niche you're trying to carve out for yourself can seem like it's not enough. Remember that those people are the very rare exception, not the rule - success doesn't always have to come on a grand scale.

It's so hard to know what you should be doing with your life in your twenties. Once school is over, suddenly there's no path set out for you anymore. Now is the time to make mistakes and find something you can do that you really like. Don't settle for something that's just alright.

There are some things that are seen as something of a marker of maturity, things that you're meant to do at 16, 18, 21. By all means, do them if you want - but don't be shy about making your own, personal rites of passage.

I'm only 22 (so still young, I think) but I already wish I'd spent less time worrying that I was missing out and more time quietly and happily getting on with what I wanted to be getting on with. You don't have all the responsibilities that you could have one day, like a mortgage, a husband, children. You're meant to be selfish when you're young - go after what you want, try the things you've always wanted to try, have the kind of life you imagined for yourself growing up - grow into yourself and make you happy. And that's the only thing you absolutely must do. Have you ever felt pressure to do these things, or any others?