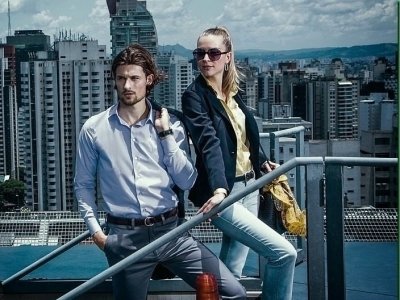 Cleanliness is definitely the first thing you should consider when moving in with a male roommate. Take your brother(s) or male family members as an example. Most men, not all, tend to be messy and unorganized. Additionally, they typically come from a family where their mother may have done all the cleaning and household chores for them. Therefore, you may find yourself picking up after them and tiding up the house without their help. One of the number one issues having a roommate no matter the gender is cleanliness. This problem could definitely make-or-break your relationship as roomies.

As we all know, men love their video games, and sometimes too much. They will stay up day and night playing their favorite game no matter what time it is. On top of that, the sound from the game and your roommate's sporadic yelling or talking will be way too obvious. This can be quite annoying, especially if you're an early bird and like to go to bed at an early time. Men tend to be inconsiderate when it comes to their video games and may not be willing to compromise. Also, it's possible that your roomie will invite friends over to join in the festivities, so it would be wise to definitely consider setting some guidelines.

Another concern that may develop is his friends. There may be many occasions where you are hit on or pursued by your roommate's male friends. If you're the only girl in the household, you will possibly receive a few stares and hear several pickup lines every now and then. This issue could definitely make you feel uncomfortable or insecure; especially if your roommate leaves you in the household with his friend(s). The best rule you could make is to request that your roomie never leaves you with his male friends or put you in a situation where he is not there to defend for you.

This matter may not even come as a concern to you, but it should because it's definitely relevant to staying with a male roommate. Female friends of your roommate can cause an issue when it comes to your personal belongings. They may invade your privacy or sneak into your room when you're not present in the home. I'm sure you're thinking, "that's just paranoia." However, it's quite possible for things to be out of place or tampered with due to another female friend or girlfriend staying over at the house. This could cause tension between you and your roomie because he's allowed another female into your reigning territory.

5. Lack of Trust from Both of Your Partners

One of the most disconcerting factors that could cause complications within your love life is living with another guy. Not only will your partner have an issue with it, but your roomie's significant other may as well. The only difference is, if both of you were staying with each other prior to getting into a serious relationship, then your partner should completely understand that. The situation only becomes tricky when you decide to move in with another man after you've been in an established relationship. It's important to already have undeniable faith and trust in each other before making that move, that way you won't jeopardize your relationship with your mate or your roomie.

There will come a time where you feel that your roommate has violated your privacy. Staying with the opposite sex can accidentally open doors to an invasion of space. This issue is most common when it relates to getting dress or participating in activities that you don't mean for your roommate to see. Sharing the same bathroom tends to come to mind because there is no way to completely hide your female personals like tampons. Living with another female usually is a lot more relaxing and comforting, but a male housemate may have you always on full alert. Therefore, if you're one of those extremely private females, moving in with a male roommate may not be the best choice.

7. A Possible Relationship or Hook-up

It is highly likely that you and your male roomie may become attracted to each other. This is where things may become even more complicated or just a lot easier for both of you. As stated before, if you're in a relationship with someone already, DO NOT MOVE IN WITH ANOTHER GUY. You have to be very certain that the relationship between you two will maintain platonic and nothing more. My advice to you is to move in with someone who is not attracted to you or you to him.

Really weigh out your options before taking a leap of faith. If this will be your first time staying with a guy who you're not related to or in an intimate relationship with, then think before you make any final decisions. From personal experience, living with men (period) can have its pros and cons. It all depends on whom you choose to be your housemate. Do you live with a male roomie? How well do you both get along? Are there any other concerns that may not be mentioned?