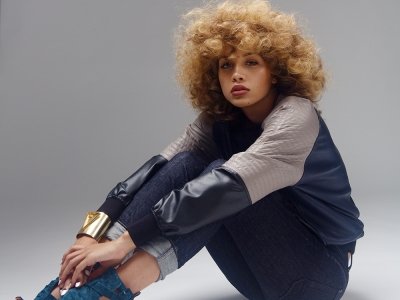 There are romantic breakups, and then there are friendship breakups. It’s when, for some reason, someone whom you used to be close to, laugh with, share stupid silly ideas with, somehow becomes the last person you want to talk to. Breaking up with a friend is almost as hard as breaking up with a partner, but we all wind up with toxic friends once in a while, and it’s important to nip them in the bud when we can. Here are 7 things I’ve learned from friendship breakups.

Friendship breakups are necessary. It sucks, but it’s true. My best friend and I always joke about how we’ve been friends for an unnaturally long time – about 15 years – because people just aren’t friends for that long. There’s a part of that that’s true. We grow up, we move, views and interests change. So sometimes a breakup with a friend is necessary, because it helps you grow as a person and helps you realize that some things just aren’t worth your time anymore. So don’t fret, friendship breakups are a part of the human social cycle.

2. There Isn’t Always a Reason

I have this one person whom I used to be such good friends with. We were super, super close. She moved away for school, lived in several different cities, and we were still tight. Then one day it was as if there was a shift, and she wouldn’t return my calls or answer my texts. It really was like a genuine romantic breakup. The only difference was there was no physical intimacy or enviable ‘I love you’ stories to fall back on, but the signs were all the same. The thing is, to this day I have no idea what happened, despite asking her many, many times. Sometimes, friendship breakups just happen, and we have no clue why. I’ve learned to just move on, I tried everything I could, there’s nothing more I could do!

3. Your Mutual Friends Will Question You

This is the thing that sucks about breakups when they’re amongst your core group of friends. Those friends will question you, argue with you, and probably even judge you. For the most part they do it out of concern, but it sucks to have to defend yourself to the people who are supposed to support you through things like this. What I’ve learned is that while they may question you, and you may get super annoyed and frustrated with them for it, they just want it resolved because the tension affects them too. At the end of the day, hopefully no sides will need to be picked, and everyone can move on in a mature way.

4. You Will Miss Them

Every now and again, something will come up and you’ll think of that one person and go ‘man, ********_ would totally have loved that,’ then the moment passes and you get over it. Sometimes it’s moments like that, which allow us to reach out to one another and mend whatever the issue was. Unfortunately though, that doesn’t always happen! Friendship breakups are tough, especially if they were with a close friend, but don’t you worry, you’ll have another important person find their way into your circle soon!

We’ve all seen the epic high school fights. You know, when the two popular girls figure out the guy they’re seeing is also seeing the other girlfriend. Then it’s like all hell breaks loose and the two people who used to walk arm in arm, helping the other girlfriend get the guy, those two people are screaming their hearts out at one another. Then it all blows over eventually because they realize it's futile and pointless and they may as well either make up, or just walk away. The moral of the story here is that there is no point in causing a huge ruckus; the fight is between the two of you, not the two of you and the entire world. So play nice, talk, make your points, and don’t drag the other person’s name in the mud to all your mutual friends.

6. Apologize if You Should

This goes for more than just friendship breakups, but any kind of fight that you have with someone else. Often times with friends, it’s hard to admit that you’re wrong, simply out of pride or not letting the other person have the satisfaction. I’ve seen this destroy so many friendships; it’s not even worth it. If you’ve wronged the other person, be humble and apologize. If they don’t take it, then there’s nothing more you can do. But play your part!

The amount of people that have lost years, decades long friendships over love interests is absurd. It’s been said that true friends are harder to find than true loves. Whether or not you believe it to that extent, there is no denying that true friendships are hard to come by. There are plenty of other fish in the sea, so don’t go fishing in your friend's pond, find your own! No one wants friendship breakups to happen over a love interest, it’s not worth it!

I read somewhere that everyone will go through a significant friendship breakup by age 25. That rang pretty true for me, and while it hurt at the time, eventually I was able to heal from it and learn some lessons along the way! So tell me, what have you learned from friendship breakups?