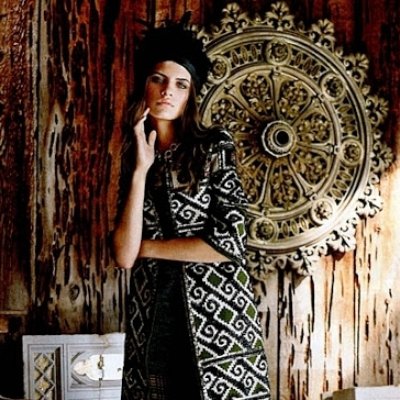 We know that our native language is influenced by our culture, but have you ever thought about how it can affect your life? A lot of researchers have – and they came up with some surprising answers! Let's see what your native language can do to you.

One of the most interesting things about your native language is how it connects to the way you assign blame. An article published by psychology professor Lera Boroditsky notes how, in English, people tend to say that someone broke a plate, even when it was just an accident. However, in other languages, such as Japanese, Spanish or Romanian, they often say the plate broke itself. This seems to have quite an effect on how different language speakers tend to assign blame. English speakers are more likely to remember who accidentally spilled a drink or broke an egg than Japanese and Spanish speakers. What's more, criminal justice in English-speaking countries is more focused on punishing the guilty rather compensating victims.

2. Your Native Language and Health

Some languages, like Japanese, Mandarin and German, make a rather weak distinction (if any) between future and present in their wording, while French, Italian and English, for example, clearly define the two tenses. Behavioral economist Keith Chen states this has a considerable impact on how you think about the future. According to his findings, in countries with a clear linguistic distinction between the two tenses, people tend to be unhealthier, smoking more, exercising less and practicing unsafe sex more often than "future-less language" speakers. Chen states that this may be because the latter may see the future as more immediate and important.

Chen's findings revealed another interesting thing about how your native language can affect your life. It seems that future-less language speakers tend to have more wealth than those in countries with strong future-reference countries. What's more, they are also around 30% more likely to save more during their lifetime.

Some languages, like Hebrew or German, have gender markers all over their grammar, while Finnish, for example, doesn’t mark gender at all. According a study conducted by Estefania Santacreu-Vasut and Amir Shoham, countries with gendered languages tend to be male-dominated, female labor-force participation being 12% lower than in societies with no sex-based gender system in their language. It is believed that being forced to assign genders to all objects makes you unknowingly give more importance to people's gender than if you were speaking a neutral language.

One of the earliest examples of how your native language affects the way you perceive the world is how you interpret colors. Did you know that not everybody sees colors the same way? This is because we don't all have the same words for them. For example, in Vietnamese, they use the same word for green and blue. In Russia, they don't have a word simply for "blue." They have to choose between dark or light blue. A 1954 study found that societies which don't differentiate certain colors or shades linguistically have trouble distinguishing them.

In some languages, they don't refer to an object as being on your right or left, but rather east or west. As a result, in such societies that use absolute terms to discuss space, people are a lot better at staying oriented than those using relative special references, even in completely unfamiliar places.

I found all of the above incredibly interesting, but one thing that blew my mind is what Birgit Mampe and her team discovered in 2009. It seems that newborns' cries can be shaped by their native language (even though they don't speak it yet!). Mampe's study revealed that French babies have a somewhat lilting, mincing crying "melody," while German newborns produced harder cries, with falling contours.

As you can see, our native languages can have a pretty big impact on the way we think, how we perceive the world and how we lead our lives. What's your opinion on these findings?