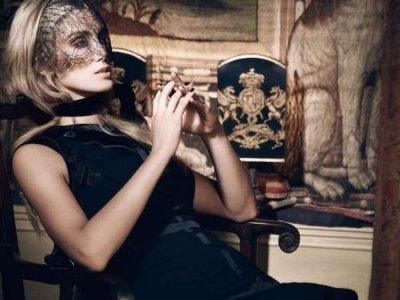 Halloween is not the only time of year for spooky occurrences. Spooky things happen all around us at any time. Sometimes we notice them and sometimes we do not, but whenever we do notice it can be enough to send chills down our spines for the rest of the night. If you are wondering about bumps in the night and like a good scare then check out these seven common spooky occurrences.

One of oldest, shortest and spookiest stories I can remember involves footsteps. Imagine being alone at home and you hear foot falls coming up the stairs, approaching your doorway. One after the other, the sound slowly approaches the top where you are hiding. Closer and closer they move until they are...just...outside...your door! Yikes. Yep, it is only a story but phantom footfalls when you are alone are definitely one of many spooky occurrences to keep you up at night.

Many scary television shows have that scene of whispers. You know the one: main character hears scuffling and similar sounds just out of eyeshot. Has that ever happened to you? Alone in a room and you hear whispering around you, sometimes right in your ear. Or worse, a voice whispers your name directly into your ear but no one is there!

Why does it seem that scary occurrences happen when we are alone: footsteps, whispers, shadows. You know that flicker in your peripheral vision; the shadow that slides across the wall or down the hallway. After a double-take the shadow is gone. For now.

You know that steam which covers the bathroom mirror after a great shower? Do you hesitate before whiping away the condensation? Getting ready for the day or for bed should be a serene experience. Imagine cleaning the mirror only to catch a glimpse of a ghostly face before it fades away. Yikes!

Have you watched the movies Poltergeist or White Noise? Both have at least one thing in common: ghostly communications through static. I think I am not giving anything away by saying that whenever static appears something scary is about to happen. The fuzziness hides the shapes and sounds from a different dimension. Are you ready for what it might say or show you?

If you live in a forest or on property in the middle of nowhere, then this may sound a little familiar to you. Staring out into the darkness is ominous. What could be out there? Deer? Yeti? Ghosts? Scarier still is the idea of eyes staring back at you. Red, glowing eyes a la Amityville Horror. Not that they are out there, of course.

As if all the above is not scary enough, have you ever been at home and heard faint scratching or knocking? You hear sounds when there should be silence and you are not expecting anyone. Those sounds often play major parts of many a scary story usually involving black eyed kids. What or who could it be?

Spooky occurrences happen to many of us. Have you ever experienced any spooky activities? We would love to hear about it. Sometimes they turn out to be nothing more than noise and light. But, you never know!