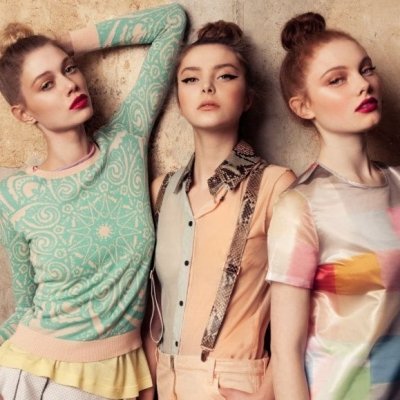 There are things women should get more credit for, because men don't always realize all of the ridiculous things we're stuck dealing with on a daily basis. It's hard work being a woman, even if we make it appear easy. You might not think about it often, because you're so accustomed to living the way that you do, but here are some of the many things women should get more credit for dealing with:

Yes, men have standards to deal with, too, but the pressure on women is stronger. We're supposed to look a certain way, behave a certain way, and talk to men in a certain way. One of the things women should get more credit for is dealing with being told what we should look like if we want to be considered 'beautiful.' It can be incredibly stressful, but we still manage to carry on.

How much do you currently have stored in your pocketbook? There's probably a few pounds worth of items stuffed in there, because you always want to be prepared. It may be seen as girly to hold a pocketbook, but it takes some real strength to keep it on your arm all day without complaining.

Some girls aren't allowed to wear certain skirts and even spaghetti straps at school, because it will give them unwanted attention from boys. It's ridiculous that women can't wear certain clothing, because they're over sexualized so often. Men never have to worry about whether their shorts are too short that they might distract the females around them.

Most men only deal with the hair on their face, and let the rest of their body remain the way it looks. However, women have been taught to shave their legs, bikini areas, and virtually every other part of her body besides her head. We're 'supposed' to be hairless, but achieving that look takes up a lot of time and a lot of money on shaving products.

5. Acting Normal with Your Period

Your period can be an excruciating experience, but we force ourselves to carry on. During our time of the month, we go to school, to work, and even to the gym. We're tough little things, because we don't let blood stop us from completing our usual activities. We keep on living life like nothing is wrong.

If you cover your face in make-up, men will claim that they prefer the natural look. If you go out in public without any lipstick or eyeliner on, then they'll comment on that, too. You can never win. It's the hypocritical nature of the world, so do whatever makes you happy, because you'll never be able to please everyone else.

Most stores ask women to pay way more for a simple pair of jeans than they ask men to pay. Plus, half of the time our pockets are fake. Designers believe that women care more about looks than practicality, which is why we're forced to shell out more cash than we want to spend.

Women have to deal with unfair situations every single day, but we manage to make the best of it. What else do you think women deserve more credit for dealing with daily?