8 Solid Reasons Not to Feel Guilty ... 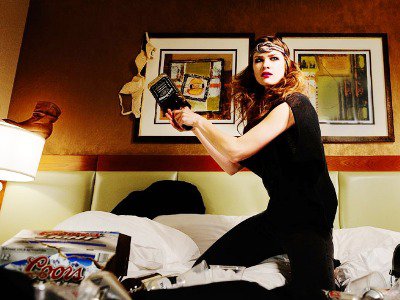 One of the most practical reasons not to feel guilty is that it is totally unproductive. If you feel guilty that you haven’t done something that you think you should have done (such as made a call or written a letter), then it’s too late to worry about it. The better option is to resolve to do things differently in the future.

Frequently, it is other people who try to make us feel guilty. Parents can be quite the experts at this! They complain that you don’t visit them enough, or that you haven’t achieved what they expected of you. It’s actually pretty mean to try to make someone feel guilty, so don’t let anyone do it to you.

Women are often seen as nurturers, so when it comes to caring for elderly relatives, for example, the responsibility is usually put on them. Or we feel that we are not good enough mothers if we work. Remember that to be useful to others, we have to be in good shape ourselves. This won’t happen if you feel guilty!

Guilt can also be something we impose upon ourselves. We blame ourselves for making mistakes or not succeeding. But remember that we are only human! So you can only do your best. Let that be good enough, because nobody’s perfect. Don’t worry that you won’t be good enough, as you are setting yourself up for failure and feeling that you have let people down.

Do you ever feel guilty that you can’t give a friend the attention they need when they have a problem? Or that you’re letting people down because you’re too busy? You can’t possibly be all things to all people, so don’t try to spread yourself too thinly. And above all, don’t feel guilty!

Think back, and you will probably realize that at some point you have blamed yourself for events that weren’t your responsibility. So if you start to feel guilty, ask yourself this: could you reasonably have been held responsible for the outcome?

Guilt being an emotion, like many emotions it often happens without a sound reason. So if you feel guilty, it may be totally unnecessary. Ask yourself if you really have anything to feel guilty about. Is it really something you did? Or are you just feeling bad over nothing?

As well as letting other people guilt-trip us, we also have a great tendency to do it to ourselves. Guys, that’s just silly! Why do that to yourself? All it will achieve is to make you feel bad. Focus your emotions on more positive things, and if you feel you’ve made mistakes, learn from it.

Feeling guilty just drags us down and makes us feel even worse, so don’t let it happen to you! Besides, in the majority of cases, it really isn’t necessary. Even if you have messed up, guilt gets you nowhere, except in a negative state. Some people are experts at trying to make you feel bad – have you ever known anyone who was a master of the art of guilt-tripping?