7 Socially Awkward Situations Everyone Goes through and How to Handle Them ... 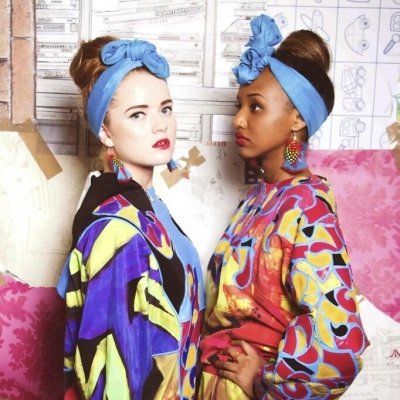 1 Greeting Someone You Don’t Know

One of my most frequent socially awkward situations involves going to greet someone I don’t know, only to find the person I’m greeting shakes my hand, or kisses the wrong cheek! It's always awkward, right? You know those moments when you go to kiss a different cheek or you hug when they're simply after a handshake! Since this situation happens so quickly, all that’s needed is a quick apology or you can laugh about the moment, and it’s quickly forgotten.

Whether you’re sitting alone at a bar (which I’ll discuss later), with a new hairstylist, or you’ve bumped into an old friend, it can be plain awkward finding something to say. Some people are great at it, while others truly have to strain themselves to come up with idle chit-chat! However, if you stay confident and in-control, you'll send the message that what's happening is totally normal. You can also comment on the silence, “Hmm, well it looks like we’ve come to the end of that thread,” or take the opportunity to leave the conversation and say, “It was great running into you, I’ll catch you later!”

I don’t know about you, but I’m often caught off-guard when someone gives me a compliment. It’s typically a stranger, so I don’t want to sound arrogant or vain either! I usually say a quick “thank you” and move on to what I was doing, but if you don't respond, it can make you look ungraceful or unrefined. Sometimes complimenting the person who complimented you can be a nice touch, but only say something if you think it’s appropriate.

4 Holding a Door Open for Far Too Long

Everyone’s been on the receiving end and the one holding a door open for a stranger. I know I’ve done it even when the person didn’t need the door open! There is that zone when you feel like you’re holding the door for far too long, and you really wish the other person would hurry up! Sometimes, I’ve said, “Are you coming?” or made a funny comment about the fact that we wish we didn’t have to be at work, or something associated with the location, to ease any awkwardness.

5 Sitting Alone in a Bar or Restaurant

How often have you sat in a bar or café on your own? Whether you’re waiting for a date or you’re traveling alone, it can be an awkward moment (particularly if you’re not interested in striking up conversations)! In these technological times, we can pull out our Smartphones to see who’s texted us. Yet, it can be a time when fellow guests want to strike up a conversation or the barman hits on you! Either way, I find looking at a magazine, book, or my Smartphone helps distract would-be weirdos. If you arrived early, it can also inspire your friends to be more punctual the next time around.

I don’t know about you, but surveyors can be quite off-putting, and the reason being, they’re calling out to you and making you feel guilty if you don’t partake in their petition or sign-up offer. My advice is to politely say, “I’m on my way to work and don’t have the time,” and leave it at that! If you want to find out more, that’s up to you, but most surveyors are not endorsed by the facility they’re standing outside, so stay at your own risk!

Being stuck in confined quarters with strangers that we may or may not see again can be extremely awkward. Then again, if you suddenly run into someone you know on an elevator, you're going to have a harder time making natural, relaxed conversation, than if you were both watching TV together. It's often this 'caught off-guard' feeling that increases the likelihood of you struggling to think of things to say! Smiling at your fellow elevator buddies or simply saying, "Good morning" helps, but I advise keeping your daily chit-chat to a minimum, as you never know who your audience is, and who's listening.