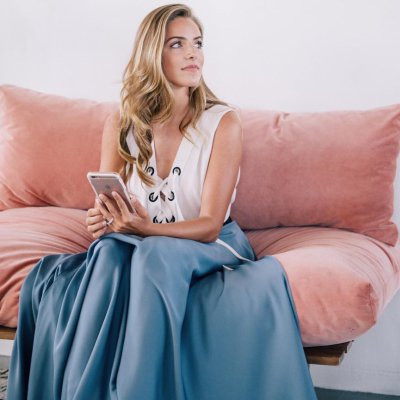 Everyone needs a break from social media every once in a while. Depending on how much time you spend on social media, you may need a break right now. I always like to take a break around the holidays. There are so many reasons that social media breaks are wonderful, both for your mental health and just in general. If you’re feeling overwhelmed by social media, check out this list and see if maybe it’s time for you to take a social media break!

1. Your Mental Health Needs It

2. It Will De-clutter Your Mind

Think of all of the time you spend on Facebook and Twitter, mindlessly scrolling and reading information that you probably don’t care that much about. Imagine all of the room you’d have in your mind if you spent even a week or two away from social media. You’ll completely detox and de-clutter your mind if you take a break from social media even just for a little while!

Is there anything more annoying than trying to have a conversation with someone who is on social media on their phone and not paying attention? It’s one of my biggest pet peeves! If you often find that you’re one of those people, a social media break is perfect for you. You’ll find that you’ll be so much more present in your everyday life with the people in your real life!

4. Your Life Will Feel Private Again

Let’s be honest—we live in a world of constant over-sharing. It can be overwhelming at times. You may notice that you feel like you’re living your life on social media. If you stop sharing on social media for a while, your life will feel like your own again. It will feel so nice to live things in the moment rather than for a picture for Instagram!

When you notice that you’re spending less time on social media, you’ll also notice that there’s much less drama in your life. You’re not concerned about who liked whose picture, or what your ex-boyfriend is doing. I think we can all agree that less drama is exactly what we all need in our lives!

6. You Won’t Be Focused on Others’ Lives

Speaking of, you’ll be so much more productive! When you’re constantly spending time on social media, you’ll have so much extra free time! Plus, because your mind isn’t clouded with jealousy and worry that you’re not doing as much as you could be, you’ll just start working rather than worrying. It’ll be so good for your productivity that you’ll wish you had done it sooner!