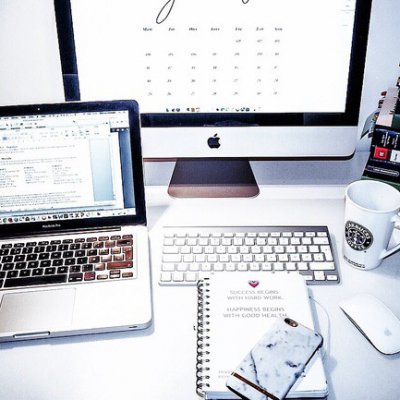 It doesn't matter if you want to be a professional author or if you just like to write for the fun of it. Either way, you should make a point to write as often as possible. If you can never think of any ideas, here are a few writing challenges you should try to complete:

1. Write a Story in an Hour

An hour isn't a lot of time. That's why you can't let yourself think too much. Just write.

Write a story that you'd be proud to read to your little siblings or future children. You can even try to get it published once you're done!

You know you want to. Come on, write something that beats 50 Shades of Grey.

4. Write a Story without Many Adjectives

Most writers use way too many adjectives when they write. That's why you should see if you can create a story with fewer than ten adjectives.

5. Write a Story with All Female Characters

There are too many men playing the lead roles in stories. That's why you should try writing a story with all women.

Instead of writing a fictional story, write about something special that happened to you in the past. It'll be challenging to describe your friends and families in artistic ways.

7. Write a Story in the Form of Diary Entries

Instead of writing in third person, you should try writing in first person. Even better, write as if you're jotting things down in a diary.

You don't have to write from a woman's point of view, just because you're a woman. You should try writing from a man's POV for a change.

9. Write a Story about Inanimate Objects

You don't have to stick to writing stories about humans or talking animals. Try writing one about an inanimate object, like your laptop or your phone, instead.

Some writers are better at creating short stories than long ones. That's why you should challenge yourself by trying to create something longer than usual.

Don't write about mundane things, like a woman grocery shopping. Write about something magical, instead. After all, Harry Potter made billions.

12. Write a Fanfic about Your Favorite Band

Publish something on fanfiction.net. There are plenty of people willing to read about band members they love.

13. Write a TV Script for Your Favorite Show

Instead of writing a short story, try writing a script for your favorite show. It shouldn't be too hard, since you know all about each character's personality.

Everybody loves Sherlock. That's why you should try to create a mystery involving the detective.

15. Write a Story without Any Romance

You don't need romance in order to make a story interesting. Try writing one without any crushes or relationships.

16. Write a Story from an Animal’s POV

You can write about a dog, a gerbil, or a mythical creature. Anything goes.

17. Write a Story without Stopping to Think or Edit

When you're done, that's when you can read it over and edit your work. Until then, just keep writing.

If you love to write, then get a pen and get to work! Which one of these writing challenges are you going to attempt first?