7 Reasons Why Its Useful to Be Bilingual ... 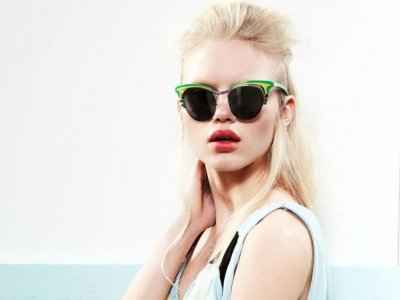 I didn't fully realize the extent of why it’s useful to be bilingual until I was. I grew up in a family fascinated with languages that instilled in us kids a desire to learn. I began traveling at a young age and sure, I watched how our family seemed to get by a littler smoother than other tourists in the cities where we knew the language, but it goes deeper than that. These are some reasons why it’s useful to be bilingual.

I recently saw Disney's "Frozen" and have since become completely obsessed with it. My sister and I were going through the lyrics in different languages and I was surprised to see the differences. Demi Lovato's Oscar nominated song has the words "the cold never bothered me anyway" in it. In Danish, the lyrics translate to "the ice cold mountain is my one true home," while in French they become "the cold is the cost of my freedom." The song completely transforms and takes on a new meaning as the language changes. To me, I think it's useful to be bilingual because you get to catch jewels like this that help paint a bigger picture for you.

If you're going to travel, try to learn some of the language. It makes the trip run smoother in case of emergency and even in dealing with natives. Plus it can enrich your trip even further, at least I know it has mine. I remember traveling to Budapest and speaking some German with a family I met there, surprised I was able to whip out the little I knew. And one time a group of friends and I were looking for directions in NYC's Central Park and we happened to stop a French couple and it was no problem for me to ask them which way to go. It just goes to show, you can never know.

Even if you won't use the language in your job daily, it's not a bad thing to have on your résumé. Being bilingual opens up doors for you by painting you as an asset on top of your other qualifications. But in order to list this quality on your résumé, you need to have more than a high school's worth of knowledge and good conversation skills. You might just find yourself getting Rosetta Stone or Pimsleur to get started or brush up your foreign language abilities.

I like to read, and one of the best things is being able to read a book in its initial language. For example, there is a difference between the British edition of Harry Potter and the American edition that I think is worth reading. I read "Persepolis" in French and am eager to start "Le Petit Prince," the classic children's tale that I've only read in English. If you know another language, then start looking for books to read!

One thing I find fascinating is how some languages have different words than we do in English to express an idea more closely. For instance, I 'love' Disney with the same 'love' I have for my friends. But in Greek, we distinguish between four different types of love: brotherly love, passionate love, connective love such as a mother has for her child, and complete surrendering love which we have for God and He has for us. Isn't that crazy to see how the word can gain more meaning in another language? I find it great that Russian has more commonly used words to describe different shades of blue than any other language, so the spectrum for the color blue is much bigger.

You can't be fluent in Latin, although the girls at my high school were convinced their teacher was. But it's proven that learning Latin helps pre-med students learn medical terms and any student prepare for the SATs. I know basic Greek, which helps me figure out words if I don't know them. Sure, not every word may come from a Greek root as suggested in "My Big Fat Greek Wedding," but knowing it doesn't hurt. See what words will make more sense to you once you are bilingual.

I know when I started learning French, I really needed to strengthen my listening skills. When you talk in another language, you may be stuck translating every word over. When you are bilingual, you are able to catch concepts and ideas more than getting caught in what that word translates to. I find that being bilingual strengthens my listening skills in any language because I listen more to the meaning behind my friends' words, not in how they phrased it.