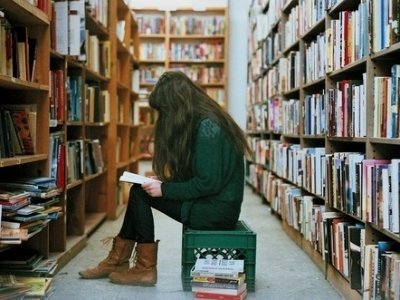 I’ve grown up with my parents overwhelming me with reasons to learn Mandarin Chinese. I understood their concern, as I still carry the burden of being an overseas Chinese and not being fluent. When I was younger, I was practically forced to learn Chinese due to my background and family influence, but I’ve finally realized its importance in the past years. If you want to learn a language, check out these reasons to learn Mandarin Chinese.

One of the main reasons to learn Mandarin Chinese is the fact that it is the most widely spoken language in the world. There are nearly two billion Chinese speakers around the globe and over one billion people have Chinese as their native language. English is still considered the world’s official language but rumor has it that Mandarin will soon replace it.

China has earned its international importance and it’s become a hot topic for its rapid economic growth and investment in several sectors. Regardless of where you live, I am sure you have had contact with either Chinese people or language. China’s economic importance cannot be ignored and learning its official language is a way of being part of its success.

If you plan to work in international trade, learning Mandarin definitely represents a competitive advantage. Doing business in China has its peculiarities and knowing Chinese will break business barriers. The secret in negotiating with the Chinese is to speak their language, as well as understanding their culture as whole.

4. One of the Hardest Language to Learn

If you enjoy challenging yourself, learning Chinese can be really fun. The complexity of Chinese goes from its countless homophones to the thousands of characters that must be memorized. To make things harder, as there is not an alphabetical language, what is written has nothing to do with how it should be read or pronounced.

Learning a language involves much more than simply being able to communicate. Language is part of a nation’s culture and the most interesting part of taking Chinese classes is learning traditions, values and behaviors that date more than 5,000 years. The way something is said is as important as its content, so once you know the language, you will realize how immersed in the Chinese culture you will be as well.

Being able to read and understand a menu at a Chinese restaurant is a proof that you have mastered the language. If you are a foodie, knowing Mandarin Chinese will certainly help you get the most out of your dining experience and prevent you for ordering unwanted dishes.

If you enjoy traveling as much as I do, I am sure you can relate to this situation. When you know a certain language, you feel safer and also reduce the chances of being fooled by locals. Due to the large number of Chinese immigrants worldwide, it is very likely you'll bump into a Chinese business. Being able to bargain in the local language can save you a few bucks. I lived in Beijing for three years and although it’s relatively easy to get by with English, knowing Mandarin was crucial in facilitating my daily routine there.

Mandarin Chinese is no longer considered an exotic language and many non-Chinese descendants are actually fluent in Mandarin. Can you think of other reasons to learn Mandarin Chinese?