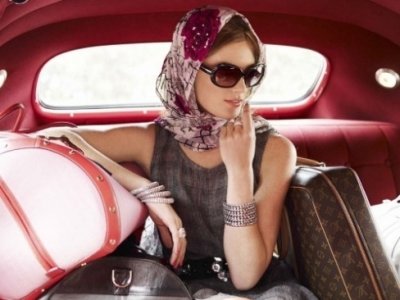 When my husband got transferred at work, we found ourselves packing up and moving from New England to the South. This is a move I never expected to make in a million years. I’ve just always been a northern girl and figured I would remain there. I was hesitant about moving from New England to the South, but after a short time, I came to love it here.

If you’re planning to migrate to a southern state, you either need to have a good sense of humor or come up with some witty comebacks. After moving from New England to the South, I’ve heard more Yankee jokes than I can remember. These jokes don’t bother me, especially if they’re clever or funny. Plus, I like it when people stray from political correctness. If you can laugh at yourself, you’ll do fine.

Since moving to the south, I’ve learned to sloooow down. What the heck was the big rush, anyway? As a lifelong Northerner, I wanted things done quickly. Now that I’ve been here for awhile, I’ve grown accustomed to the south’s leisurely pace. I’ll admit, at first it annoyed me when a cashier took the time to chat with the person ahead of me in line. I’ve since learned to chill out.

It didn’t take long to figure out the regional differences in words we use every day. For example, in New England you use a shopping cart at the store. Down here, you use a buggy. If you talk about your dooryard in the south, expect to get some confused looks from others. Even if you resist, you might hear yourself say “y’all” after living here for awhile.

During your first winter here, don’t be surprised when everything shuts down because of a remote possibility of snow. School is canceled for days and businesses close early when snow or ice appears in the weather forecast. If you want a private chuckle, go to Walmart and watch people frantically stock up on cases of water and batteries when the first snowflake falls. I’m not complaining. I enjoy taking a “snow day” off from work as much as the next guy.

Southern hospitality is a real thing. The first time I realized it was when the lady working at the DMV was actually friendly and patient with me. That’s right, the DMV! Most people down here are just really kind and hospitable. I’m not saying we northerners aren’t nice people, but I’ve never heard anyone use the term, “Northern hospitality.”

Before living here, I had no idea the phrase “bless your heart” is not as benign as it sounds. Northern friends, you don’t want to be on the receiving end of this phrase. Generally, it’s not intended as an actual blessing. Although the phrase’s intended meaning depends on its delivery, it’s usually not good. Most of the time, it’s safe to assume the person saying it thinks you’re an idiot or feels sorry for you.

You’re in the Bible Belt now, folks. This fact first occurred to me when the post office clerk asked me which church I attended. It’s also common for people to tell you to have a blessed day, instead of a “nice” day. Even though I don’t belong to any church, the people here are so nice that I don’t mind the assumption. I guess it’s better than assuming I’m a non-church-attending heathen, right?

Although I never expected to move to a southern state, it’s one of the best moves I’ve ever made. What other cultural differences can a New Englander expect when moving down south?