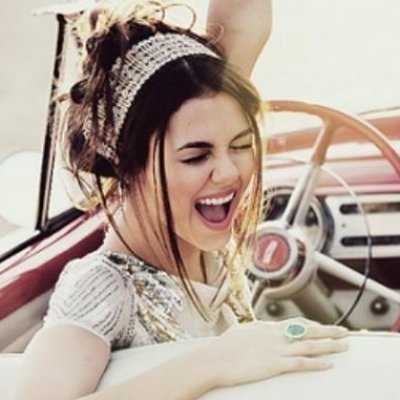 If you've ever gotten emotional around a man, you've probably been called crazy. It's the first word that comes to their mind when they want to insult us. You shouldn't take it seriously, because most of the "crazy" things that we do aren't actually insane at all. Here are a few "psychotic" things women do that are actually healthy:

Whenever a woman shows her emotions, she runs the risk of getting called crazy. It doesn't matter if she has a perfectly reasonable excuse for getting angry at her boyfriend or boss, because men will always chalk it all up to her being on her period. However, it's important to speak your mind. Don't allow others to walk over you. It's healthier to tell the people in your life how you feel than to bottle it all up.

There's a stereotype that lonely women have houses full of cats. While you would never want to have too many pets than you can handle, there's nothing wrong with having a few furry friends. A cat can be a great companion to snuggle and play with. It's healthy to have a pet that you care so much about, so don't be embarrassed about your love of felines.

If you have a habit of checking your boyfriend's Facebook, don't assume that there's something wrong with you. As long as you don't refresh the page every five minutes, it's okay. There's nothing wrong with wanting to know what he's been up to. If he didn't want you seeing a certain status, then he shouldn't have posted it. It's public, after all.

Cry when you're upset. It might make some people uncomfortable, but it's not a psychotic reaction to a situation. If the person you're dating can't handle your tears, then they can't handle being with you. You need to be with someone who values your emotions, even if he doesn't understand them.

It's healthy to cuddle with the person you're dating. If he gets annoyed at you for wanting to snuggle, then he's not worth your time. You shouldn't be a sex object to him. If you are, then he's the psychotic one for thinking that you'd ever settle for him.

Some men hate to define their relationships. They just want to hang out with a girl and sleep with her without having to call her his girlfriend. When you ask him how he feels about you, he might call you crazy for being so obsessed with him. However, if he's going to kiss you, he should be willing to give you an explanation on how he feels about you. It's not crazy to want to know where he stands.

7. Calling to Check in

Yes, calling your boyfriend every hour on the hour is unhealthy. However, it's good to call him up every once in a while to see how he is. He might call you crazy for being so "needy" that you need to hear his voice, but talking on the phone is something boyfriends and girlfriends do. It certainly isn't psychotic.

Women get called crazy for the tiniest things, so don't take it to heart. It's just an insult that people like to throw out when they're uncomfortable with your emotions. Has a man ever called you crazy before?