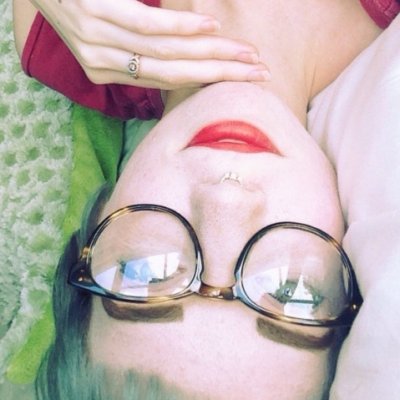 There’s been an article that hit viral heights this year – see EliteDaily.com where it had 2m shares – that suggests that you aren’t crazy if you talk to yourself. Interesting huh? So the suggestion is if you want an intelligent response, talk to yourself? Let’s see.

Firstly, let’s quash the silly idea that talking to yourself means you are crazy or mentally unsound in some way. The misconception arises from the fact that some mental illnesses such as schizophrenia involve people talking to themselves, specifically when they replay conversations aloud. [1] However, a single symptom of an illness alone is no indication you have it in the same way that if you have a cough it doesn’t mean you have tuberculosis.

1. Talking to Yourself is More Common than You Think

Talking to yourself is a very common occurrence, especially when people are trying to learn something or figure something out. Even Einstein, the world’s smartest person, talked to himself from an early age. [2] There are some circumstances where talking to yourself is not beneficial, such as when you are trying to deceive somebody, but there are also times when it is beneficial according a study that was printed in the Quarterly Journal of Experimental Psychology. [3] They specifically pointed out how it was beneficial when people were searching for things.

2. Talking to Yourself Works Best when Searching for Something

The circumstances are very specific. Talking to yourself in this case is beneficial if you are sure what the object looks like, and if it is located in an area that you have learnt and/or become accustomed to. [3,4] For example, it is very helpful when looking for your keys in your house, but not so helpful when looking for your dog in strange streets.

3. You Must Know What It is You Are Looking for

That is not to say that learning with self-talk is in any way immature; it is simply a method that is commonly used by children when approaching something completely new. [4] There are many business and marketing books that suggest new employees are taught new things with repetition and self-talk. Some people will automatically revert to speaking things aloud as they do them when they are learning completely new things because that is how they approached such situations as a child. [5]

Linda Sapadin, a psychologist, claims that talking aloud helps you clarify your thoughts, which in turn helps you validate difficult and important decisions. [6] What’s more, the very definition of psychology may of an explanation too. A psychologist councilor helps a patient hold up a mirror to his or her life so that he or she may see things that he or she couldn’t before. By holding up a metaphorical mirror for the patient, he or she is able to reflect and come to terms with the things they think and feel.

6. Is Talking to Yourself the Same as Autosuggestion?

It is a less directed form of autosuggestions. Many people use autosuggestion to help improve themselves, and they do it by directing their autosuggestion to a certain end. A person that talks to herself may be partaking of undirected autosuggestion. This is not necessarily a bad thing, unless the self-talk is critical. People that pull themselves down and tell themselves aloud that they cannot do things will often create a self-fulfilling prophecy.

James Braid said that “These negative beliefs became self fulfilling prophecies” due to undirected autosuggestion, which includes negative self talk (aloud or internally). [7] Napoleon Hill said that it creates a negative feedback loop where, “When we repeat to ourselves a negative auto-suggestion, our subconscious mind believes it and it becomes a self-fulfilling prophecy,” which then leads to failure, which prompts the person to continue thinking and saying negative things about himself or herself. [8]

Talking to yourself is certainly not an indication that you are insane. It has both positive and negative sides to it. Self-talk when trying to find an unknown object may yield poor results, and negative self-talk (autosuggestion) can have devastating effects. However, talking to yourself when searching for a known object, when learning, and during positive autosuggestion may be very beneficial.

Ask yourself this: why do I talk to myself? Did you find the answer above?