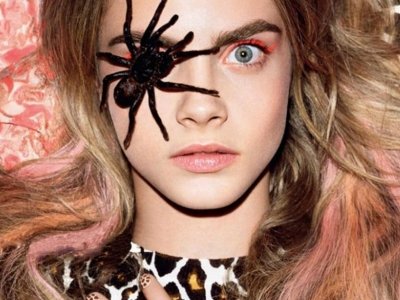 Eww, poisonous spiders! I have never liked spiders but instead of running a mile at the sight of them I have found I can tolerate them in the house by basically ignoring them. After all, your average house spider can’t really hurt you can it? It’s different however, with poisonous spiders. As if a spider isn’t bad enough for many, give them the poisonous tag and the menace factor multiplies considerably. Luckily (for me!), most of the world’s poisonous spiders are found well away from the UK.

The Brazilian rainforest is home to hundreds of thousands of species of flora and fauna that have not yet been documented but amongst its nastiest is the Brazilian Wandering Spider. Of all the poisonous spiders that are on record, this is currently the most venomous in the world. It is also dangerously aggressive and will happily bite anything that appears to be a threat. A small bite may permanently disable a person. A bite in most cases leads to paralysis and suffocation. The amount of venom it produces is 1.069 mg, and yet it only takes a thousandth of a fraction of that amount to kill a human. It tends to hunt mice as a rule.