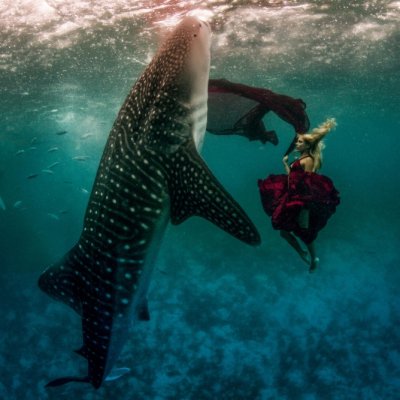 From disappearing ships to monsters and strange sounds, the Earth's oceans seem to be the source of many remarkable mysteries. Some of these are often considered scary and even downright impossible by experts and casual observers alike. What secrets lurk in those depths, and will we ever be able to uncover them?

In 2011, a Swedish exploration team discovered, via sonar, a strange, perfectly round, disc-shaped object at the bottom of the sea, somewhere between Finland and Sweden. When the media got a hold of this information, they claimed it was a crashed flying saucer, but skeptics indicated there was not enough conclusive data available. Until improved equipment and better funding will be available, the Swedish "saucer" will continue to remain just a strange ocean mystery.

In 2009, Alaska became home to a weird ocean mystery that you'd normally expect to hear about in Scotland. In Bristol Bay, film footage appeared of a strange sea creature bearing a striking resemblance to the famous Loch Ness Monster (lovingly nicknamed Nessie). Some experts believe the film shows a cadborosaurus, a beast quite famous among locals for the past two centuries.

During the Cold War, some Russian submarines surveying the North Atlantic and Arctic oceans reported hearing mysterious sounds they later called “quackers”. Although scientists believed they were evidence of some strange shapes that were either ships or living sea creatures circling the Soviet subs, their sonar did not capture any evidence of unusual activity.

One of the strangest ocean mysteries ever recorded involves the Baychimo – a 1,300-ton cargo steamer that was trapped in the pack ice off the coast of Alaska, forcing its crew to abandon ship during a storm in 1931. Although the crew was convinced that the ship was sunk by the storm, there have been several sightings of it even decades later; thus, the Baychimo is still believed to have haunted the seas of Alaska until the late 1960s.

This was a strange case that conspiracy theorists promoted left and right in the summer of 2008. A strange monster's body surfaced at the coast of Montauk, New York, and before the police could arrive, the body was gone. Photographs appeared in the local paper, with some speculations hinting the monster could have been the result of experimentation at the nearby animal disease centers. Skeptics, of course, are not convinced.

One of the most unusual ocean mysteries in history was born on December 5, 1872, when the British brig Dei Gratia found the drifting ship, Mary Celeste, dead in the water, with food stocks and its alcohol supply intact. Its crew, however, was mysteriously missing, and for more than a century, no one really knew what had happened to them, despite numerous speculations.

7. Mysteries of the Bermuda Triangle

This is probably the most mysterious place in all the oceans of the Earth. Located between Bermuda, Miami and San Juan and believed by some to be the place where the Lost City of Atlantis sunk, the Bermuda Triangle is an area where numerous ships and planes have disappeared throughout history, the most notable of which are the USS Cyclops in 1918 and the famous case of the 5 US Navy bombers disappearing off the coast of Florida in 1945. While the disappearances may be explained by natural phenomena, many still believe there's something paranormal going on in the area.

These are just a few of the numerous ocean mysteries out there. Where do you think the truth lies when it comes to these stories? Which one is your favorite?