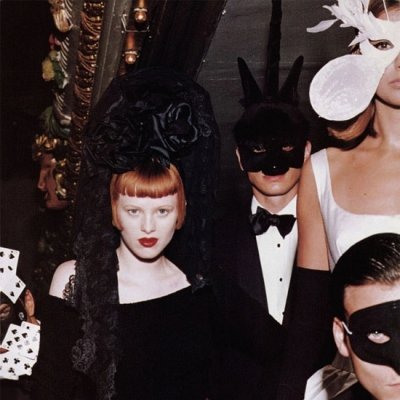 Throughout the ages, various secret groups and societies have existed, with powerful and influential people forming alliances for a plethora of different causes. While some of these organizations have their roots in medieval times, or even earlier, many are still shrouded in mystery, and even the most elaborate conspiracy theory fanatics find it difficult to uncover their true purpose. Let's check out a few of the most mysterious ones!

1. The Ancient Order of Druids

Founded in London in the year 1781, the Ancient Order of Druids still exists today. Based on values and symbols associated with the ancient druids of Iron Age Celtic paganism, this is the first major British organization of this caliber built to commemorate the druid priests of old and their ways.

The Grand Masonic Lodge created in 1717 has been - and remains to this day - one of the most famous, as well as enigmatic secret societies in existence. Today there are many different factions of Freemasons, each forming its own offshoot of the original Masonic Lodge. They rely heavily on obscure religious symbols and concepts, as well as secret handshakes and a high degree of organization geared to prevent outsiders from gaining access to their secrets - or even joining.

The Order of the Skull and Bones was started in 1832 as a student organization at Yale University and is one of the oldest groups of this type still in operation. Surrounded by many conspiracy theories, Skull and Bones has always kept its door closed to curious outsiders, and many of its most esteemed members went on to become CIA officials or even Presidents of the United States, some amassing great fortune and power.

Among modern obscure societies, the Ordo Templi Orientis are definitely among the most mysterious. The organization relies on occult rituals and is based on modern 20th Century New Age principles, with much of its lore being put together by famous occultist, Aleister Crowley.

While the Bilderberg Group is not exactly a secret society, it definitely operates in a similar fashion. Since its inception in 1954, it had numerous attendees among the ranks of corporate and political leaders, as well as esteemed World Bank officials. Throughout the years, the group was subject to many conspiracy theories, mainly revolving around its efforts of fighting off the anti-Americanism started after the end of World War II.

The original Knights Templar was a 12 century group formed by nine founding knights who vowed to protect pilgrim travelers throughout the Holy Land. The modern version of this secret society is the Masonic Knights Templar, a modern off-shoot of Masonry and an order largely described as commemorative – without any real heritage linked to the original founders.

The Illuminati is probably the most feared secret order known today. While it is only rumored to still exist “in the shadows”, its original incarnation was very real and included famous personalities like Goethe and Ferdinand of Brunswick. The group was allegedly dismantled after being accused of actually starting the French Revolution, but many still claim that it exists as an organization of elite free-thinkers who had managed to shape the way the world developed after the industrial revolution.

So, are you spooked yet? Even though some of these secret orders are very old and well-established, their goals and efforts have rarely seemed to have a very profound impact on our development as a whole – well, at least as far as we know or can prove. But what do you think? Could they rule the world someday? Or are they even ruling it right now?