9 Obscure Theories That Will Change Your Vision of the World ... 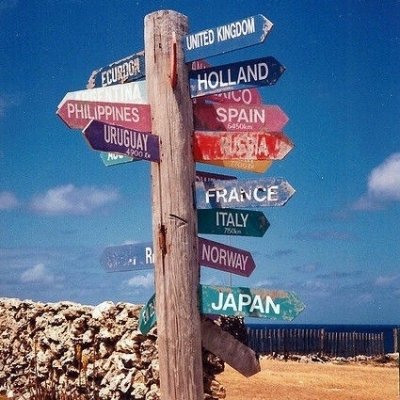 Whether it was about figuring out the true nature of the human mind, or determining if the universe is endless, unusual theories have always been around to challenge our normal perception of the world around us. But it's even more interesting to note just how far these ideas can go and what exactly they would entail. Let's check some of them out!

Plato, the world-famous philosopher had a quite remarkable view of life and reality. According to him, everything in the world is made of the same basic material, but the physical world offers only a small glimpse of the perfect shapes that form the foundation of everything.

Presentism is a simple, yet somewhat difficult to grasp concept on time and existence, stating that the only reality is the present. According to this theory, any past or future event is only imaginary, and it's only really worth focusing on what's going on right now.

This is definitely one of the most unusual theories that will change your perception about the world. It basically argues that the universe only exists when we perceive it, and as soon as no one interacts with an object, it ceases to exist. In this philosophical view, everything appears as a phenomenon - hence the name the theory was given.

Eternalism talks of the past, present and future occurring simultaneously in a complex, multi-layer version of reality that only allows the observer to view certain facets of time from certain viewpoints – which can explain the perceived continuity of time as we see it.

Most theories about the multiverse (or multiple universes) originated from quantum mechanics. The most well-known of these ideas states that every decision made branches out, forming additional universes where timelines are altered and the development of events is slightly modified.

6 The “Brain in a Jar” Thought Experiment

This sinister theory argues that we may all be part of some evil mind control experiment, simply existing as brains held in jars, dreaming a mass dream that forms the reality that surrounds us, the experiment being controlled by some strange evil beings or extraterrestrials.

This obscure theory about the end of the universe states that the energy of our universe is limited, and will eventually run out. Eventually, the heat produced by the motion of the smallest particles will disappear, and all movement will cease, everything being completely still and frozen.

A curious theory about the nature of the newly discovered dark energy – which allegedly forms about 70% of the invisible universe – assumes that this obscure energy can end up decaying if observed regularly. So by continually trying to observe dark energy, we actually reduce the lifespan of our universe.

The Ekpyrotic theory talks about the beginning of the universe as being caused by a collision with a secondary, twin parallel universe that's very close to our own. If this scenario is correct, we may be living next to alternate versions of ourselves located in another dimension less than a diameter of an atom away.

There have been a lot of other strange ideas about the mysterious nature of life and the universe, but some of the ones presented here are surely among the most thought-provoking. Do you know of any other weird theories that might reshape the way we see the world?