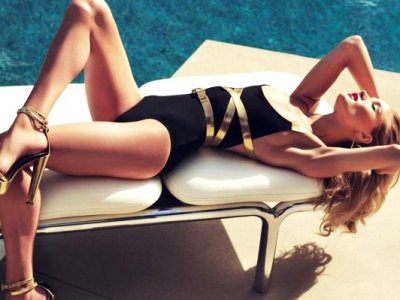 Everyday we see phrase after of phrase of how to lose weight or work harder. You know what I’m talking about… "Just do it!" or "Never give up!" or "Success is trying, whether you fail or succeed!" But let’s be honest, most of these don’t have any effect on us. Sometimes we need a real down to earth phrase that isn’t just some vague words of wisdom. Here are 10 motivational phrases that actually work.

"...but I said,"Don’t quit. Suffer now and live the rest of your life as a champion." – Muhammad Ali

This is very down to earth and heartfelt. You can hate it or you can love it, but if you have to get something done just think about how great you’ll feel when it’s over.

"...Whatever has to be done, it’s always your choice." - Wayne Dyer

This is something I’ve recently realized myself. It’s very easy to say yes OR no. Sometimes we get lazy and we don’t go to the gym, but it you just say yes and get it done, you’ll realize it wasn’t all that bad after all.

3. "the Person Who Says Something is Impossible..."

"...should not interrupt the person who is doing it." - Chinese proverb

This is a great motivational phrase to keep in mind, especially if you’re dealing with some negativity. If they’ve never run a half marathon, don’t let anyone tell you you can’t. Chances are, you can. Just show them.

All yes, the life long concept that you only get what you’ve earned. Again, a very earnest and so painfully true motivational phrase. Nothing is free or fair in this world, you better go out and make the change you want.

"...No one in the entire world can do a better job of being you than you." - Unknown

This reminds of me of my favorite Dr. Seuss quote, "No one in this world is youer than you!" It’s definitely something to think about on those days where everyone else’s life seems to be better than yours. That’s not true, and you know it.

For those who think success is a simple straight-line route, think again. For example, in weight loss, just because you’ve reached your target weight doesn’t mean the journey is over. It means it’s just beginning.

Keep this motivational phrase in mind when you’re dealing with adversity. If you’re afraid of the dark, the best way out of that fear is to be in the dark. Avoiding problems only lets them get bigger.

"...being unafraid to lose." – Fran Tarkenton

This one is a little cliché but certainly still an effective motivational phrase. So many times we don’t do things we want to do out of fear. Throw away that fear of failure and go ask out your crush, or sign up for that hip hop class. You’ll be so glad you did it!

"That is how I get to do them." - Pablo Picasso

Again, fear of failure leaves us with so many missed opportunities. There’s a first time for everything and after the first time you’ll have a second time and then a hundredth time. Just make the first move.

10. "if You Have Time to Whine and Complain about Something..."

"...then you have the time to do something about it." – Anthony J. D’Angelo

This one is a very practical albeit explicit motivational phrase. If you’re going to sit there and complain about your crappy grades or fat arms, GO OUT AND DO SOMETHING ABOUT IT. Your arms aren't going to tone themselves, and your grades won't improve by complaining.

At the end of the day, we make the decisions in our lives and sometimes they’re not always right. That’s okay though because that’s the way life is supposed to be. But on those days that you just need a little extra push, these motivational phrases might do the trick. What other motivational phrases do you find actually useful? Share!