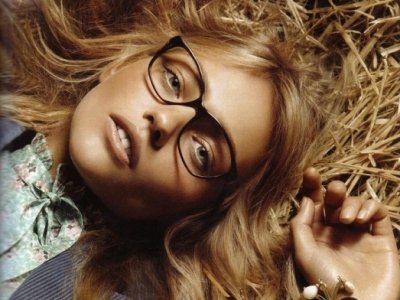 My dissertation includes a heck of a lot about syphilis. Until Alexander Fleming discovered penicillin, syphilis was as terrifying as HIV or the plague! If you ever fancy a bit of a giggle, take a look at some of the anti-VD campaign posters from WWII. In my opinion, Alexander Fleming is one of the most outstanding scientists for helping us move past a lot of devastating diseases through his penicillin discovery. Sure, we have since abused antibiotics to the point of insanity, but his discovery really saved our arses in the 20th century!

I shall step away from medicine in a sec, I swear. Otis Boykin was the engineer who invented the artificial heart pacemaker unit. Sadly, Boykin later died of heart failure in 1982. His work on the heart benefits people of all ages today. Even at the age of 26, I have met one or two people my own age who rely on pacemakers to stay alive. I also have one or two elderly relatives who owe their lives to Mr Boykin!

Every time I think of Aristotle and his work, I wonder how the hell we regressed so much in the western world? It's almost as though the Greeks took us a few steps forward, and then the dark ages kicked in with terrifying force. Aristotle is sort of the Western father of physics. He proposed the five elements, which arguably accelerated us a little in the field of chemistry. We didn't halt with science entirely during the Medieval and Renaissance periods, so Aristotle's theories continued to trickle through a bit. However, we seriously slowed down after the Ancient Greek period for a little while!

We so often focus on Greek mathematics that Islamic contributions are massively overlooked! Some historians believe that the documents from the Islamic Medieval period haven't yet been studied enough for us to REALLY appreciate how much of a contribution these men made. Now, I half want to kick Omar Khayyam. Why? He is one of the men responsible for algebraic equations and I suck at them. Then I remember that these equations are actually quite useful, and the urge to kick subsides. He was also a bit of a poet!

Back to medicine. If you studied biology in high school, you definitely should have heard of Gregor Mendel. He is the father of genetics, and his works have helped us understand some pretty terrifying diseases today. Like cystic fibrosis, which we can now screen for early so we can begin implementing plans to improve a child's quality of life! Sadly for Gregor, he never even came close to knowing how much of a contribution he made. His work wasn't recognized until after his death, making him a bit of a Van Gogh of the science world.

Every time I see the word 'Galileo' I think of Queen (the band). Aside from indirectly contributing to a pretty awesome song, he challenged scripture and let us know that the world actually does move; it doesn't just sit in one place. Naturally, this rubbed the Catholic Church up the wrong way. It took the Vatican literally hundreds of years to admit that Galileo was right. For helping us learn that the universe does not revolve around the Earth, he was accused of heresy.

Oh Thomas Edison! He produced astounding technologies that make our lives so much easier today. There's the light bulb, without which we would still be reading by candlelight. I love candles as much as the next woman, but I prefer light bulbs for most activities. Then there was the motion picture camera--how would we watch Breaking Bad without that handy little discovery? Overall, there were 1,093 scientific patents in Edison's name. It should therefore come as no surprise that he was a pretty astute businessman too.

Over thousands of years, we have benefited from the scientific discoveries of many people. Some of the discoveries have been small. But they were significant nonetheless. If you have a favorite scientist, who is it and why?