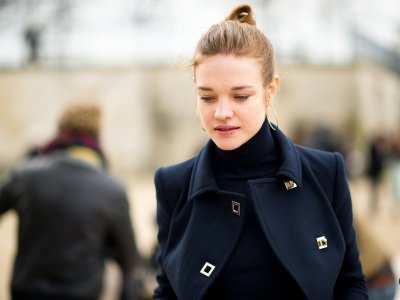 As time goes by it is inevitable that some pieces of historical information get twisted and embellished to someone’s liking, hence the plethora of historical misconceptions that we all believe to be true today. Nowadays even history books are not to be trusted, since many events that were believed to be true have eventually been proven false. Your skepticism might be at its highest now, but don’t worry, we have provided you with some of the most common historical misconceptions that have now been proven to be false and substantiated with reliable information.

1. Witches Were Burned at the Stake

Contrary to the popular belief, none of the accused witches were actually burned at the stake during the Salem Witch Trials, it is just one of the most common historical misconceptions. While many were held responsible for siding with the devil and practicing witchcraft, most of the victims were put to death, hanged, put in jail or even crushed by rocks. The complete details of this occurrence are not clear, but it is believed that a case of mass hysteria started it all.

2. Van Gogh Cut off His Ear

Many believe that the talented Dutch painter Vincent van Gogh actually cut his ear off with a razor during a severe period of depression and gave it to a promiscuous acquaintance by the name of Rachel. While this infamous story adds on to the mystery of this idiosyncratic painter, it is only partially true. In fact, he only sliced a portion of his left lobe.

There is a lot of confusion surrounding the height of Napoleon Bonaparte. Aside from his rise to prominence during the French Revolution, the majority of the world population knows him for his really small stature of 5 feet 2 inches. While he was indeed 5 feet 2 inches, back then the French inches were a lot longer than English inches. Therefore, by today’s standards, Napoleon was actually 5 feet 7 inches, which was well above average in the early 1800s.

4. Greek and Roman Sculptures Are All White

One widely held belief is that Albert Einstein failed math while he was in school and while it would make him much more relatable to a lot of us, this intelligent and honorable individual tackled math at a faster pace than normal. When Einstein read the headlines himself, he laughed and replied with, “Before I was fifteen I had mastered differential and integral calculus.” Albert Einstein was always on top of his class. By the age of 12 he was able to solve complicated problems in applied arithmetic, and he was able to jump ahead to geometry and algebra on his own.

6. Vikings Had Horns on Their Helmets

Vikings are automatically associated with their trusty helmets with two horns. However, in reality, historically accurate Vikings never had horns on their headgear. If you think about it, those horns would only undermine them in battle, giving their opponents something easy to grip on for attack. Our false perception of Vikings can be attributed to artists and poets who were the ones to start this misconception.

7. Romans Used Vomitoriums to Spew out Their Food

Many individuals believe that Romans would vomit their food out in a room called vomitorium after a huge feast so that they could start celebrating all over again. However, this is a complete myth, vomitoriums are actually passageways that let lots of people enter or exit at once, which Romans used. You have probably already encountered one of these at a stadium.

Information can be easily skewed and altered with time, as the game of telephone has already taught us early on. Even the most valid facts can sometimes be proven wrong. What are some other common historical misconceptions to your knowledge?