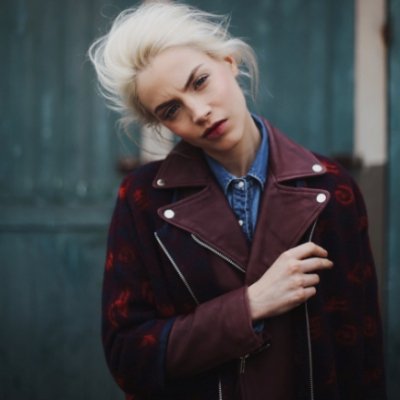 If you've ever wanted to ask a co-worker, "Why all the drama, pussycat?" then it might be time to consider a few of the ways to deal with catty women and other bullies in the workplace. Claws in or out? Let's find out.

It's really difficult to address cattiness and bullying if you're not prepared to take the conflict and controversy head-on. Chances are, the bully is counting on your continued silence. Resolve to speak up! I know it's easier said than done, but it's necessary.

It's hard to be objective when you're feeling bullied, but try your best to evaluate the situation and figure out if this rotten person is bullying you, or just being unpleasant in general. Bullying most often includes singling out one person for the brunt of the torture... if this woman is pretty even-handed in dishing out the misery, then she's not a bully, just a wretched person you can ignore.

... then don't give her more power than she has, and to re-state the above: just ignore her, assured that everyone else knows she's rotten to the core. Sadly, you'll deal with at least one miserable co-worker almost anywhere you work, and it's best to just ignore them.

... then it's time to put the "I can speak up" resolution you made in point 1 into effect. It's never a good idea to strike back in anger, but standing up for yourself is an excellent first step in dealing with a bully, a downright catty peer. The next time you're the target of a less-than-kind comment on your clothing, or you see this bully picking on someone else, speak up. This "Hey! I have a backbone, you know!" approach may stop the bully in her tracks. If not, read on...

5. The Pen is Pretty Mighty

If the verbal standing-up-for-yourself doesn't work, it's a very good idea to document the bully's activity, every catty thing she does and says that undermines your performance and makes you uncomfortable. Because you'll be tracking everything she does, it's only fair to document your reactions, so always take the high road.

It's also smart to speak to the other people you know are being made miserable by this wretch. Don't spread rumors or gossip, but see if they want in on your documentation. The more of you who continue to step 7 together, the better.

Even if this big bully is a supervisor, there's always someone higher up in the food chain you can report this abysmal behavior pattern to. It's time to let Management know what you've (all) been dealing with, so it can be addressed.

Bullies are the worst, but you can handle them, hopefully at the standing-up-for-yourself point. You don't have to be miserable at work! Have you handled a catty co-worker? What did you do? Please share!