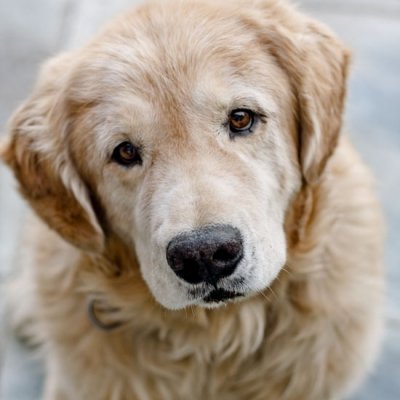 If you're thinking of welcoming a pet to your home, there are many great reasons to adopt an older animal. Most people automatically think of adopting a kitten or puppy rather than an adult animal, because they want to own it for a long time. This is understandable, as losing a pet is heartbreaking, but it means that shelters are full of older animals that may be deemed unadoptable. Seniors need a home too, so here are some of the reasons to adopt an older animal …

One of the reasons to adopt an older animal is that they desperately need homes. If they're in a kill shelter, you can pretty much guarantee that the older animals will be first on the list to be euthanized. Even in a no-kill shelter they are passed over for younger animals. Yet they have so much to give - and they really deserve and need a good home.

Older animals tend to be much calmer, so are much easier to have around the house. They won't require long walks or lots of entertaining, and will usually fit into your lifestyle much more easily. They'll also adapt to their new home very quickly, as they really seem to appreciate the chance they've been given.

You might think that an older animal won't have many years left, but you could be surprised. Cats and dogs can live to quite a ripe old age, so a ten-year-old animal could easily live five, six years or more. And however long they live, the important thing is that they live a good life - quality time is better than more time in a home.

Adopting an older animal is incredibly rewarding. I've just taken in two older cats who were unwanted; there was no interest at all in fostering or adopting them. But they've very quickly adapted, and I feel really happy that I've been able to offer them a second chance.

Puppies and kittens are cute, but they're also destructive, active and lively. You'll have to toilet train them and teach a puppy proper manners. An older animal will probably require little or no training to use the litter box or walk calmly on a leash; they've already learned correct behavior.

Have you ever had your shoes chewed to bits by a puppy or your furniture destroyed by a kitten? Kittens and puppies need to play, as well as be taught manners. An older dog or cat, however, won't wreck your house or ruin your things.

Perhaps one of the best reasons of all to consider adopting an older animal is that you'll be saving a life. You'll be giving them a proper home and taking them out of the shelter environment. The animal's welfare is always most important, so think of what an amazing thing you'll be doing by homing an older animal.

Older animals still have so much to offer, and can fit in much easier to your lifestyle. Besides, it really is incredibly rewarding to know that you're giving a home to an animal that really needs one. Have you ever had a pet that lived to a really ripe old age?