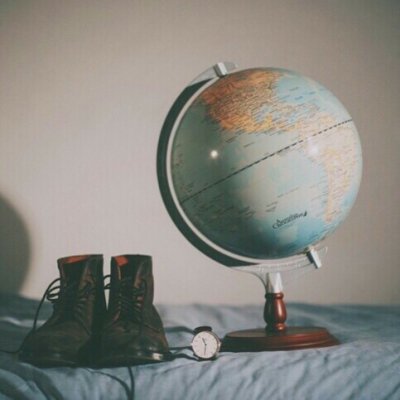 Isn’t science amazing? We can marvel at the wonders that science does by itself but what’s probably even more marvellous is how humankind – well scientists, really – manipulate and cajole that science into even more amazing things. Prepared to be wowed by what’s happened in science in 2015.

1. The Thinnest Chip Ever

A transistor has been made out of Silicene and is the thickness of an atom. If this technology were appropriated and used, it may mean technology so small it could be the size of dust and still have numerous uses.

Further work has been done on nanobots that are able to seek out and destroy cancerous cells. The work is now underway to prove that this may be possible.

A new bionic lens may be possible by the year 2017, meaning laser eye surgery may be replaced by having bionic lenses inserted into people’s eyes.

4. Mammoth Genes Were Inserted into an India Elephant

George Church successfully inserted mammoth genes into the cells of an Indian elephant, which marks the first step of one day bringing the extinct creature back to life.

Another step forward has been made in the effort to turn genes on and off. There is an epigenome in the human body that has now been successfully mapped so that we now know how genes are turned off and on. The implications are far reaching, especially when considering all the genetic diseases that may be cured.

6. The Brightest Galaxy Has Now Been Identified

The glass could be billions of years old, and each shard gives us a glimpse at what was on the planet at the time the impact glass was created. This means that if the surface was made of something else at the time, or if there was life on the planet, we may be able to find it in this glass. We just need to find a way of getting our hands on it.

8. Tesla and Elon Musk Does It Again

The genius Elon Musk has found yet another way to store power in batteries so that more people may use solar power. The creation of one of his power grids may mean that it is possible for people to absorb enough power from the sun to power their own house without needing to be connected to the national grid.

10. Researchers Have Found a Way of Figuring out What We Have Learnt

Once something is dead, researchers have found a way of taking a thin slice of the brain and figuring out what that something learnt while it was alive by measuring the properties of specific neurons in its brain.

11. Human Embryos Have Been Altered

Despite the fact that the international community condemns it, Chinese scientists have proven they can genetically alter a human embryo.

Artificial neurons have been created that can function like human neurons, which means damaged neural functions may one day be fixed with technology.

You may already know that teleportation has been proved possible. Two quantum properties of a photon have now been teleported, which is the second step forward since teleportation was proven possible.

14. Water on Moons around Our Solar System

There is yet more evidence that there may be a warm ocean on Jupiter’s moon Ganymede, and there is evidence there is a warm ocean on Saturn’s moon Enceladus. Such evidence points strongly to the fact there is probably life on other planets and moons in our solar system.

There has been further evidence that dinosaurs evolved into birds with the discovery of a 3.3 million year old fossil discovered in Argentina. It may still be a hoax, but if not, it is further proof that current theories about the mass extinction of the dinosaurs is at least partially incorrect.

A candidate for a PHD at Delta University has found a way of producing graphene of a high quality for a fraction of its current cost. It is the strongest material in the world and may be used for everything from defense and mining, to outer space travel and radioactive material disposal.

Chinese researchers have found a way of printing 3D bones that are detailed enough to act as tiny bones in a human body.

18. Optical Signals to Your Brain

Using a fiber that is less than the width of a human hair, it is possible to deliver drugs and optical signals to a human brain according to research at MIT.

19. We Have Proven the Vibration Chemical Bond

20. Cyborg Tissue Has Been Created

Harvard has found a way of creating cyborg tissue in humans. They have created cells that had technology embedded in them.

21. Know What You Have Been Ill from

Using a single drop of blood, it is now possible to identify all the antiviral agents in your blood, meaning it is possible to figure out every single virus you have ever had (in theory).

22. Three Parents for One Child

In Britain, they have voted to allow the genes of three people to be inserted into an egg in order to prevent incurable birth defects and diseases, meaning that a person may officially technically have three biological parents.

Scientists managed to insert fake memories into a mouse by using electrodes to stimulate memory centers in the brain.

24. A Silicon Chip That Detects Pathogens

Chinese scientists have created a silicon chip that is able to detect different pathogens within a blood sample, which may one day make diagnosis something that happens in moments rather than days.

25. Another Antibiotic Has Been Discovered

We are losing the battle against diseases because antibiotics are becoming ineffective while we have no others to offer. Now, after 30 years, another antibiotic has been discovered, giving us another tool to fight illness.

26. More Life than We Assumed

There are over 200 factors that are needed in order to have life on a planet. We have now discovered that there are at least three other planets in the Milky Way that have some of the conditions needed for life. It is not much proof there is life out there, but we now know it is slightly more likely than we thought it was.

27. There May Be a Cure for Neurodegenerative Disorders

Another big step was taken towards the curing of neurodegenerative disorders when a nanoscale electronic scaffold was injected directly into an animal’s brain.

The use of Nivolumab has been found the help the immune system fight lung cancer. People with lung cancer have had a 27% reduced chance of death via their lung cancer (excluding additional ailments) due to the Nivolumab drug.

29. Water May Be Found on Other Planets

Research strongly suggests that it is possible for asteroids to deliver water to other planets as scientists assume it was delivered to ours, which further reinforces the belief that alien life may exist on other planets.

Fusion is a very powerful and heat producing reaction, but the company Tri Alpha has created a way to improve how we handle hot particles by a massive 10x improvement, which has implications for everything from energy creation to navigating outer space.

There is now a way to cryogenically freeze worms and defrost them whilst still keeping their memories intact. It is the first time in years that cryogenic freezing has become a possibility for something more than storage.

They can now entangle photons within a silicon chip using quantum entanglement, which will mean even more advanced micro-technology in the future.

34. The Bullet Train Gets Faster

The Japanese have long had trains that hover without touching the track. They have now beaten their own train speed records with their hover trains with the L0 Series Maglev land speed record that they set at 375 mph (603 km/h).

A new stem cell has been discovered that may one day allow human organs to be grown within a large animal.