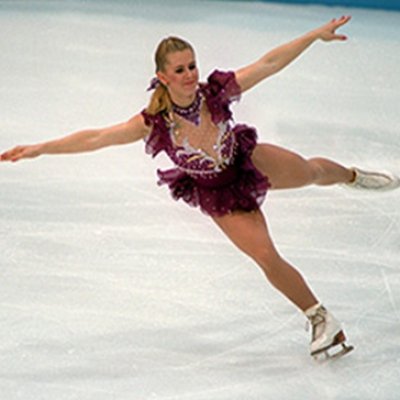 On this day in 1994 Tonya Harding won the ladies' U.S. Figure Skating Championship in Detroit, MI.

Sounds unremarkable as a piece of historic news right? In fact, it was part of a one of the most nefarious stories in sporting history. Tonya Harding’s main rival for the championship was existing title holder Nancy Kerrigan, from Massachusetts. Kerrigan was forced to withdraw from the competition when after a practice session she was injured in an attack.

On January 6, in what was to become known as “the whack that was heard around the world”, Shane Stant clubbed Nancy Kerrigan in the right knee with a police baton. Unfortunately for the perpetrator the event was caught on camera and the footage was shown around the world.

The video enabled the villain to be apprehended and it emerged the assault had been planned by Tonya Harding’s ex-husband Jeff Gillooly and friend Shawn Eckhardt. Harding had wanted the attack to make Kerrigan unable to compete for the USA at the Winter Olympics to be held in Lillehammer in February. Luckily for Kerrigan, she managed to recover sufficiently to skate and compete and won the silver medal. Harding finished eighth.

The event caused a media frenzy like ice skating had never seen – even more so than Torvill and Dean’s perfect scores for The Bolero en years previous. Indeed The tape-delayed broadcast of the short program at the Olympics remains one of the most watched telecasts in American history.

Kerrigan greatly profited from the attention through sponsorships, endorsements and other trappings of celebrity. But what happened to the attackers?

On February 1, 1994, Gillooly accepted a plea bargain in exchange for his testimony against Harding. Gillooly, Stant, Eckhardt, and getaway car driver Derrick Smith all served time in prison for the attack.

Harding made a plea bargain and received three years probation, 500 hours of community service, and a $160,000 fine. She was also forced to withdraw from the 1994 World Figure Skating Championships and resign from the USFSA. On June 30, 1994 she was stripped of the title of US Champion and was banned for life from participating in USFSA-run events as either a skater or a coach.
Here’s Nancy Kerrigan’s short program from the 1994 Winter Olympics

1675: New York Fishing Company became the first corporation to be chartered in the United States.

1877: Crazy Horse (Tashunca-uitco) and his warriors fought their final battle against the U.S. Cavalry in Montana.

1918: U.S. President Woodrow Wilson announced his Fourteen Points as the basis for peace upon the end of World War I.

1962: Leonardo da Vinci's Mona Lisa was exhibited in America for the first time at the National Gallery of Art in Washington, DC.

1998: Ramzi Yousef was sentenced to life in prison for his role as mastermind behind the World Trade Center bombing in New York.