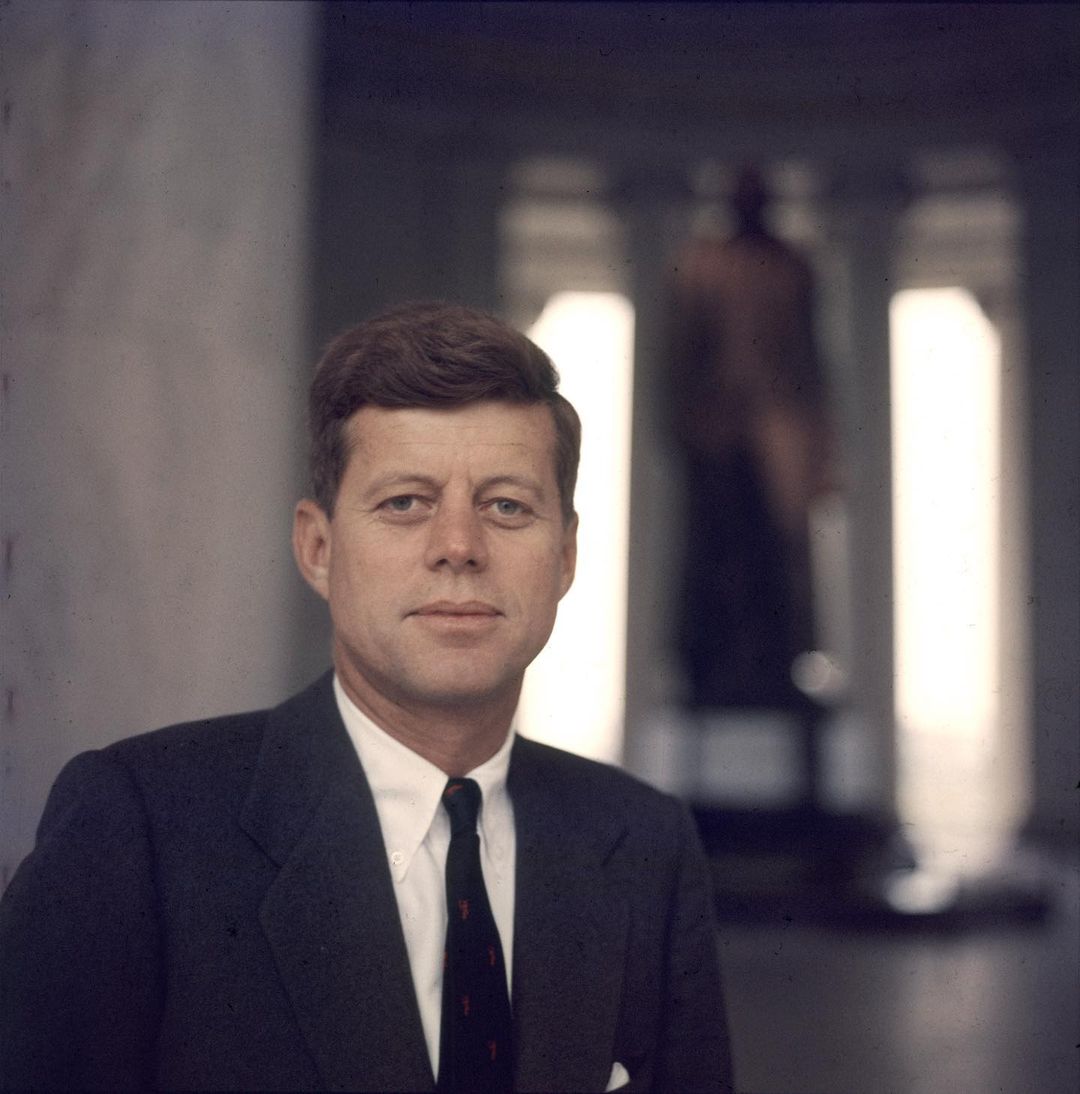 On this day in 1960 John F. Kennedy of Massachusetts announced his candidacy for the Democratic presidential nomination.

At the time, Kennedy was the U.S. Senator for Massachusetts. He had done military service in World War II before becoming the Representative for Massachusetts, a position he held between 1947 and 1953 when he become the state’s senator. Having defeated Richard Nixon in the election he became the 35th President of the United States.

History has had a romance with JFK. He was the second-youngest president (after Theodore Roosevelt) and he was president at a time of amazing change in not only the USA but The World. He won a Pulitzer Prize, he had a colorful family, and a beautiful and stylish wife who became an icon. His private life was a constant source of speculation (Marilyn Monroe?) which was a magnet for scandal because the “free love” attitude of the 60s was still just a fledgling.

In the political arena, his presidential term dealt with the Cuban Missile Crisis, The Bay of Pigs Invasion, The Nuclear Test Ban Treaty and the establishment of the Peace Corps. The Space Race was hotting up and the Berlin Wall was built. The Civil Rights Movement was gathering momentum as was the US involvement in the Vietnam War.

JFK’s legacy also includes one of the greatest conspiracy theories ever. On November 22, 1963, the president was assassinated in Dallas. Lee Harvey Oswald was arrested but was shot by Jack Ruby. With rumors that the FBI was involved, the question remains – Who Shot JFK?

1890: Alice Sanger was employed as the first female staffer in the White House.

1929: The United States and Canada reached an agreement on joint action to preserve Niagara Falls.

1980: US-Russian détente ended as America reacts to the Soviet Invasion of Afghanistan in December 1979.

1996: The first convoy of United Nations Peacekeepers arrived in Bosnia to support the Dayton Peace Agreement between the Bosnian Serbs and Muslims.