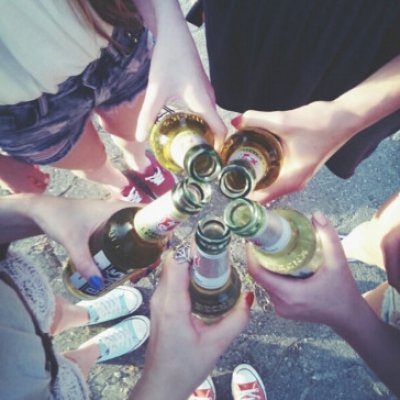 You know your favorite perfume is a combination of so many ingredients, but do you know it may also contain castoreum? It's basically an ingredient found in beavers' castor sacs, which is basically a gland located between the base of its tail and its pelvis. If the scent smells like vanilla, this may be due to castoreum. Go check the label again!

It surprises no one to know that plastic commercial shopping bags contain a variety of chemicals, but it may be news to some that these bags often contain "slip agents", which come from the stearic acid in animal fat. During manufacturing, these chemicals help prevent the polymers from sticking to metals. By the way, the "slip agents" aren't limited to plastic bags – your bike tires may also contain these elements.

Beer is among the many things containing animal products. Guinness is one great example, as it contains Isinglass, a chemical you usually find in fish bladders. The reason to use Isinglass is that it gathers stray yeast cells and makes the fermentation process more efficient by solidifying yeast cells into a mass.

Have you ever wondered why Downy makes your clothes feel soft after a single wash? That's not magic – that's only because the detergent contains a derivative of rendered sheep, cattle, and horse fat. They mix the fat with ammonium to create a type of ammonium compound to leave a coating on your clothes that produces the softness you love.

Your animal instinct may take over when you're in the middle of a steamy romance session with your partner, but something 'animal-ish' is also there in the condom he’s wearing. It may contain casein, a protein usually found in animal milk which serves as a lubricant. By the way, some brands have already gone vegan.

Okay ladies, it's true that you cannot keep changing men, so you'll have to settle for changing your 'lipstick' (obviously!). But, it seems that you will have to be more careful when selecting the new one because shimmery cosmetics, including lipstick and nail polish make use of guanine, an ingredient obtained from fish scales.

Many cake mixes contain beef fat to minimize the need of additional ingredients. Some opt for dehydrated versions of beef fat, while others use its oil form. Some companies still use beef fat in cupcakes. We're not taking names, so be sure to do your own research when buying cakes.

You may be aware of how many calories are there in ice cream, but you may not know that ice cream, candy, and other red foods may contain a powder called carmine, which is obtained from red cochineal beetles. The FDA has stopped considering it "artificial coloring" and now wants manufacturers to mention carmine clearly on food labels.

Now this one's a shocker for smokers – hemoglobin derived originally from pig's blood is used in 'some' cigarette filters. It was confirmed in a story published in 2010 by the University of Sydney Professor in Public Health. Is it enough to make you quit smoking?

Were you as surprised as I was by some of these?