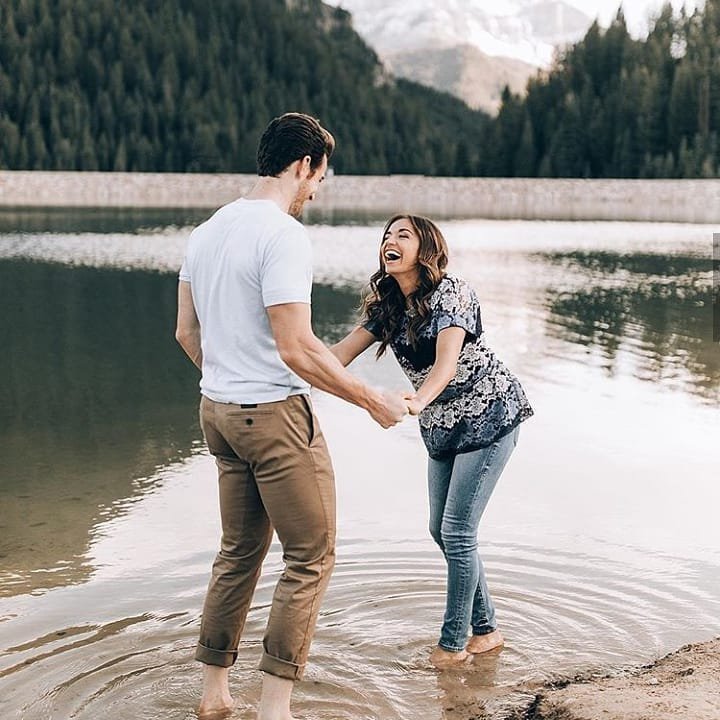 Unfortunately, it’s easy to spot the couple who won’t keep their hands off of each other. When the lights go down and their armrests go up, avert your eyes. They’ll be more focused on their make-out session than the big screen. Even if the dark makes them invisible, you’ll still hear occasional giggles, slurps, and moans. Out of all of the types of people you’ll see at the movie theater, this couple is one pair you want to avoid at all costs.

It’s hard to enjoy a comedy when someone in the row behind you has an annoying chuckle. They worst part? They laugh at every word and every action, even if the scene’s not that funny. The sound of their cackle is worse than a laugh track. Just try to drown them out and watch the film.

Sometimes you get stuck listening to a conversation between moviegoers instead of the dialogue in the film. People will pay for a movie and then completely ignore it to talk over it. They’ll ramble on about how familiar a certain actor looks or how beautiful the set location is. They’ll even go on tangents and discuss something irrelevant, like how their job is going. If you can, move your seat. You don’t want them to ruin your night out.

Leaving the theater to run to the bathroom is understandable. But when someone keeps getting up and down to get popcorn or soda or go outside for a cigarette, it’s highly frustrating. If they’re in front of you, the screen is temporarily blocked. If you’re in the same row, you have to keep moving out of their way so they can scoot past. Try not to get too annoyed and squash your urge to trip them.

Bringing a baby to see a movie is never a good idea. They aren’t old enough to comprehend what’s going on and run the chance of ruining the film for everyone in the theater. If you have a child, decide whether or not the movie you’re seeing is appropriate to have a little one in. Noisiness is expected in G rated films, but if it’s rated R, find a babysitter. Those around you will be thankful.

On the way to your seat, you might step in some sticky soda or accidentally touch a wad of gum. In the middle of the movie, you might hear an entire packet of candy roll across the floor or be hit with popcorn. There are people who aren’t afraid to be messy and aren’t respectful enough to clean up after themselves. Be careful what you touch and where you step, and make sure you always have hand sanitizer with you.

Some people have trouble following a storyline, which is fine. But when someone constantly asks questions about the simplest scenes, it can be bothersome. People who loudly guess the end of the film are equally annoying. If they’re wrong, it’s usually because their theory is so out there that it makes zero sense. If they’re right, they spoiled the movie for you.

Next time you take a trip to the movie theater, watch out for the people I’ve mentioned. What’s your pet peeve when it comes to watching films? Do you get irritated easily?