7 Interesting Santa Legends from around the World ... 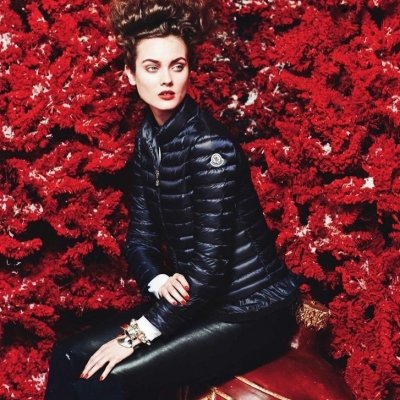 The tradition of kids receiving presents in winter exists pretty much everywhere in the world, but, depending on where you live, the Santa legends – or stories of other similar figures – can differ quite a bit. Though the tale of the chubby, cheerful old man dressed in red who brings gifts on a flying sleigh dragged by reindeer has caught on almost all over the globe, many people still celebrate other versions of Christmas characters. Here are 7 Santa legends from around the world that I found very interesting – and, hopefully, so will you.

One of the Santa legends that I found most intriguing – and pretty creepy, to be honest – is related to a character named Krampus. In Alpine countries such as Germany and Austria, Santa is the same jolly guy who brings gifts – but he also has Krampus as a companion, a sort of evil twin of his. According to old Germanic folklore, this guy is a terrifying, bloodthirsty monster that kidnaps and punishes misbehaving children. He's not much of a looker, either.

A version of Santa in some Slavic cultures, Ded Moroz (meaning Grandfather Frost) is also an old bearded guy in a red costume. However, instead of the sleigh dragged by reindeer, he travels by troika, a traditional Russian sled drawn by horses. But this is not the most interesting thing about Ded Moroz. His background is what's absolutely fascinating! It seems he once was a vicious, evil sorcerer who froze people and kidnapped little children and demanded gifts as ransom. He now brings presents accompanied by his granddaughter, The Snow Maiden, as atonement for his once-wicked ways.

Sort of a female Santa, in Italian Folklore, Befana is an old witch who flies on a broomstick (of course) and delivers gifts to children on January 6. She usually wears a black shawl and is covered in soot, as she slides down the chimney to enter the kids' homes. Some say she even sweeps the floor before she leaves. This really makes me wish Befana would pay me a visit every few days!

Most kids you will ask will tell you there's nothing better about Christmas than Santa. Well, what would they say about 13 Santas? The Yule Lads, or Jolasveinar, are a group of somewhat mischievous creatures that have largely taken Santa's place in Iceland. While old Icelandic legends depict them as rather malicious, playing all sorts of weird pranks and making a habit out of annoying people, in more modern depictions, they also bring gifts to children.

Believed to be the folkloric figure our modern Santa legends are based off of, Sinterklaas is celebrated in Belgium and the Netherlands the day before Saint Nicholas Day. He is said to arrive by boat from Spain in late November and bring children gifts on December 5. He is very similar to Santa, but he doesn't use elves or reindeer. His helper is Black Peter, a little boy who assists him in handing out the gifts.

Belsnickel is a companion of Santa Claus in some regions of Europe and in Pennsylvania Dutch communities. Pretty similar to the "charming" Krampus, Belsnickel has the role of the disciplinarian. He is depicted as very ragged and threatening, wearing dirty clothes and occasionally a mask with a long tongue.

Literally translated as "the Christ Child" – or baby Jesus - Christkind is a traditional Christmas gift-bringer commonly found in Austria, parts of Germany, Brazil and other regions where Christianity is the main religion. He was made popular as a holiday gift-giver in the 16th century by Martin Luther and is usually portrayed as a small child with angelic wings and blond hair.

Which of these Santa legends or holiday figures do you like the most? Have you heard of any other legendary characters or interesting tales related to the winter holidays? I'd love to find out more about them!