7 Infuriating Double Standards That Should No Longer Exist ... 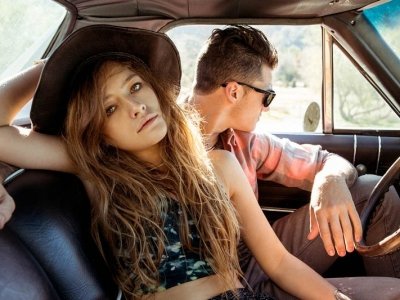 Ah, the infuriating, ridiculous world of double standards, in which men and women (or sometimes groups of each) are judged differently for the exact same behavior or experiences. There are so many of these strange double standards, and so many of them are so ingrained in our culture, we may not even notice them anymore. But they’re there, lurking in the back of our minds, stirring up trouble every once in a while, in our own lives and in the media, or in society as a whole. Here are a few of these complicated, but completely frustrating double standards to get your blood boiling.

It’s very rare indeed for there to be a public debate about a man’s struggle to “have it all,” the difficult balancing act between a successful career and rewarding home life. Yet the fierce debate about whether mothers belong in the workplace at all continues, at its best, divisive and nasty, layered in guilt. On the other hand, though, women who do choose to stay at home are often criticized for making that choice, as are men. So which is it? We obviously can’t decide, so this has long been, and likely will remain, one of the most frustrating double standards between the sexes, and between mothers who work outside the home, and those who dedicate their lives to working inside the home.

Let’s face it: men aren’t judged nearly as harshly for being overweight as women are. It’s not fair to judge anyone for their weight, over or under or normal, small or curvy or thin or WHATEVER. Yet we women especially judge each other harshly for being even an ounce overweight or underweight, and that’s without the added pressure from the media, and lastly, from men, who honestly don’t seem nearly as tangled up in body image issues as we women do. Case in point: women make up between 85-90% of eating disorder sufferers here in the U.S. That’s tragic.

A guy whose house in messy is just a bachelor with other priorities or “no woman to keep it clean.” A single woman whose house is messy is a slob, lazy, gross. It’s even worse somehow if the man or woman is married – the messy house of a married couple is almost always a reflection on the woman, not the man, even though both of them live there! So not fair!

This happened to me, and it was infuriating. A male co-worker and I were both up for the same promotion, and while he was praised in his evaluation for his “go-getter” attitude, I was taken to task for my “aggression.” Our behaviors and attitudes were strikingly similar; in fact he often said I was the female version of him. So why, then, were my leadership skills questioned, while his were praised? By his own admission to management, it’s because I was a woman, and meant to be “soft,” while he was a man, whose directness and risk-taking were to be commended. It didn’t matter anyway – our boss was fired for sexual harassment some weeks later, and both of us were promoted – but the double standard irked us both.

We’ve seen the reluctant or clueless father in endless comedies, in TV and movies. They’re funny, these fathers who don’t know how to change a diaper, or otherwise care for a child. But a woman who isn’t moved by maternal instinct is cold and heartless, certainly not sympathetic or funny. And no, not all women who make the choice to be childless are “missing out,” any more than men who make that choice are missing out. While we’re at it, women who choose not to marry aren’t “old maids” or “spinsters” any more than men are, so why are they winked at and called “lucky bachelors” instead of whatever the male version of a spinster (spinstud?) would be?