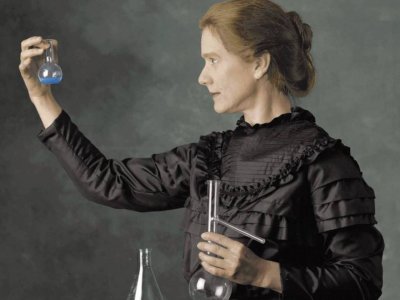 Influential Women are known for many things. Some are athletes, some are doctors, some are politicians. They are mothers, sisters, daughters, wives, and friends. There have been scores of influential women throughout history and the sad thing is that they are rarely as recognized as their male counterparts. However, their contributions are enormously important, and I don't think I'd be exaggerating to say that they still resonate today. I've compiled a list of 10 influential women, and I greatly look forward to hearing your opinions and additions as well!

Without question, Harriet Tubman is one of the most influential women the world has ever known. She was born in 1821, into slavery, and experienced an extremely difficult life, one filled with tragedies that lasted even when she married John Tubman, a free man. She fought hard against her unfair station in life and ran away from her master and his home in 1849. With the help of the Underground Railroad, she headed north – and forthwith began doing the same for other slaves seeking freedom. At different times there were significant bounties on her head, because in addition to her work on the Railroad, she worked as a nurse as well as a scout and a spy for the Union Army. Civil rights as we know it could never have occurred without her contributions.

Similarly, feminism as it exists today wouldn't have been the same without Mary Wollstonecraft. Although doing so was profoundly dangerous and suspect at the time, she wrote A Vindication of the Rights of Women, which was probably the most important book ever written for the early beginnings of feminism. It described the morality and the practicality not only of the suffrage movement, but also of both political and human rights.

Some years later, Susan B. Anthony became just as important to feminism. She was a force to be reckoned with in terms of both women's rights and workers rights. Without her, it's likely that women would not have been able to vote until long after we were finally given the privilege. In many ways her belief in human rights is now relevant in the LGBT community as well. In Britain, around the same time, her counterpart was the likewise influential Emmeline Pankhurst.

Influential women come from all over the world. In 1927, Emily Murphy and four of her peers challenged a Canadian law that basically stated women were not to be counted as actual people. The result was that she became the British Magistrate's first female magistrate. It is largely through the efforts of Emily and her counterparts that women are now allowed to hold important political roles.

I don't think anyone will argue that few women in the world experienced quite the number of hardships, all at once, as Helen Keller did. More amazingly, she overcame them in monumental ways. I remember reading a small book, an inspirational storybook, about Helen Keller when I was only 6 or 7. Learning that she was both blind and deaf broke my little-girl heart – and discovering how she overcame those problems, went on to learn, flourish, and campaign for others with the same problems, inspired me.

Marie Curie was unquestionably influential, not just to women but to the world of medicine as a whole. She was hard working, successful, and brilliant at a time when women were hardly allowed jobs outside of the home; they certainly weren't encouraged to be doctors, scientists, or researchers. She was the first women who ever received the prestigious Nobel Prize. Not only that, but she was the first individual, male or female, to win the award in two different categories. She won once for her research in radioactivity and again for chemistry. It is thanks to her that X-ray machines were invented.

Simone de Beauvoir has been one of the most influential women in my life. I first read her works during my high school French classes, and had the opportunity to learn more about the woman herself and her politics in my college philosophy courses. She opened up the world of existentialism to me, in addition to illuminating sexism and sexist ideology. She, too, produced works and philosophies which are still enormously relevant today.

Rosa Parks was crucial to the civil rights movement, and the world as a whole lost a very brave, very important woman when she passed in 2005. She was dignified and graceful but determined. She epitomized the idea of non-violent resistance, and although she will be known forever as the woman who refused to be less than what she was, she was touchingly humble about the crucial role she played in civil rights.

Benazir Bhutto has the amazing distinction of becoming the first woman prime minister to serve a Muslim country. In 1977, she was integral in urging Pakistan into a democracy rather than a dictatorship. She was extremely interested in social reform, especially as it applied to women and to the poor. Her time in office ended due to charges of corruption, which she denied until her death in 2007.

If you only know about Eva because of Evita, then you're missing a lot about one of the most influential women in recent history. She, too, worked without fail for the poor people of Argentina, and for women's rights. Although she was known to hate criticism of any kind, her popularity often spoke for itself.