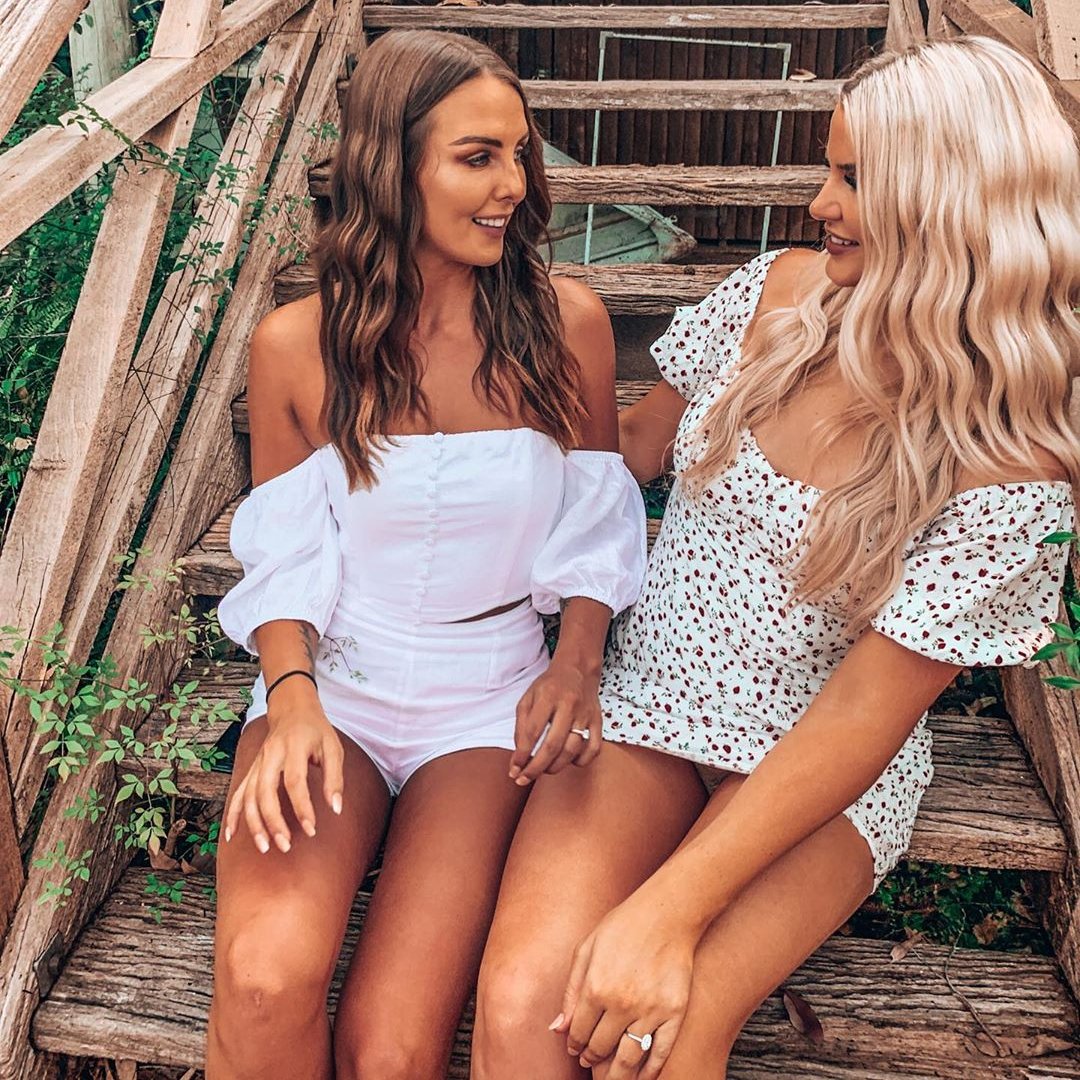 Wondering how to not resent your perfect friend? I’m going to go out on a limb straight away and say, we all have one, don’t we? That perfect friend. The one that eats McDonald's every other day yet never gains weight. The one who won’t be caught dead in the gym yet somehow has a trimmed slender stomach. The one who can sing and dance, and grow long mermaid hair, and do the splits and hold a handstand. Most likely she is a blonde bubbly ex-cheerleader or sports star who has always been the life of the party, and still gets hit on by every single guy in a 100 feet radius of anywhere your group goes. The one who is so perfect, she’s is a little hard to be friends with. That girl is my best friend. Yes, I somehow ended up being best friends with the “perfect girl”. And after 10 plus years, I can safely say, it is a bit of a struggle.

Now before I get the third degree about females empowering females, just don’t. I love my friend, let’s call her Lauren, and would never want her to dull her shine to make me feel better, but that’s what this is about. How to love that star friend without resenting her. And after 10 years with a Lauren, here's how to not resent your perfect friend.

1. Accept That You Have a Different Sort of Light

Accepting your differences is an important part of learning how to not resent your perfect friend. Over the course of my friendship with Lauren, I kept having this feeling like I wasn’t good enough, outgoing enough, bubbly enough, or even fun enough. Because Lauren was always getting so much attention from people, was always at the center of everything and everywhere we went, I began thinking that my personality should be more like hers.

So I tried to dance more, talk to more strangers, laugh more, and so on, but it never felt right. What I realized was that people wanted me around for my own qualities that were nowhere near Lauren’s. My friends liked that while I was fun, I was also responsible and always made sure everyone was safe and taken care of. And that while I wasn’t the most outgoing, I was the one who was always up for adventure and new things. My light wasn’t less than Lauren’s, it was just a different color. So, find out what your friends value in you, what color your light is, and stop comparing it to others’.

2. Find One Thing You Are Better at

This may seem petty and I’m perfectly okay with that. See, my Lauren is good at literally everything. And not to toot my own horn, but I’m one of those people who can pick up almost anything and not suck, but Lauren is almost always better. So, I decided I needed to find one thing that I was better at so that whenever we both tried something new or did one of the countless activities she excels at like, yoga, singing, painting, climbing, and so on… I could cling to my “thing”.

So, I became a runner…not a runs a fun run once a year runner, but a 5 miles every morning and 6-time half-marathoner type of runner. While my Lauren runs the occasional 2-mile jog in the summer, I know she could never keep up with me, and that tiny bit of knowledge helps me love her while she looks like a Victoria Secret model doing backflips on the beach.

3. Let Her Know when You Are Struggling

This was a hard one for me. Lauren and I have never been the spill your souls and darkest secrets to each other sort of friends, so I struggled to tell her when I was struggling. One hobby we both fell in love with was rock climbing, and while we started it around the same time and always went together, it became apparent that she was surpassing me in skill and strength. And as much as I reminded myself about strength to weight ratio and that she only has to lift 110 pounds, I began to resent climbing and leave with a feeling of failure.

So, instead of telling her about my frustration, I started going without her. Which ended up being much less fun and less challenging, as I didn’t have her there to push me. When I finally said something, it ended up being along the lines of, “Sometimes it sucks to watch you fly through moves that I struggle through.” That was it...just a simple clue of what it was like from my side, but it helped. No, I didn’t suddenly get better and she didn’t get worse, but she found ways to make it easier for me. She would point out the things I did well or acknowledge moves I could do that she couldn’t because of height differences. Basically, letting her know when I was struggling gave her the opportunity to support me, to encourage me, to be a friend. So, as hard as it may be, let your friend know if you are struggling and if they are really your friend, they will be there for you, in one way or another.

4. Don’t Assume Her Life is Perfect

This is one that not only helps you but also your Lauren. If you have a Lauren for a best friend, it may seem like she has it all together; great job, hair, body, man, and so on. That belief not only makes it hard to tame the green-eyed monster, it is also more than likely false. By believing that your friend doesn’t have any issues, you not only have to deal with the jealousy problem, but you also are failing as a friend yourself by not being there for your Lauren, because everyone, even Laurens, have issues.

So don’t stop at just acknowledging she doesn’t have it all together, check in with her from time to time. It will bring you closer together and squash the false pedestal you put her on.

This is my favorite tip; my go-to for when I start to question why I chose a Lauren for a BFF. Do whatever made you friends in the first place. For me and my Lauren, we became such good friends because we love the same type of adventures. We love hiking, biking, camping, and pretty much anything outdoors.

So whenever I start to lose sight of why we are friends, I plan one of those days filled with fresh air, adventure, laughter, and memories, and every time we leave closer than ever, and with more stories to add to our 12 years of friendship.