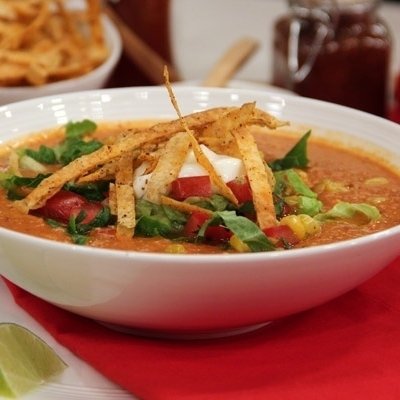 It's December 29, which must mean it's National Pepper Pot Day! Wait, what? For those of you unfamiliar with pepper pot, it's a spicy, thick soup that's practically a staple for cold winter weather, and its history is actually pretty neat!

Its creation dates back to the Revolutionary War, when the Continental Army troops stationed at Valley Forge experienced a hard, long winter. They had no money and all the local farmers had sold their goods to the British Army besides. Cue Christopher Ludwick, the Army's intrepid, inventive baker general. He started foraging for whatever food he could find – meat, tripe, and peppercorns, of course – and once he mixed everything together, pepper pot was born!

Fortunately you can make it however you like, with whatever ingredients you prefer – as long as you include plenty of pepper. I advise everyone to experiment with a pot today, because not for nothing is it known as the soup that won the Revolutionary War! Besides, it's chilly outside, you need something to warm your bones! Here's an excellent recipe to get you started:

Directions:
Put the tripe, or your meat of choice, into a saucepan, cover it with water, and bring it up to a boil. Once it's boiling, cut off the heat and let it cool down. After it's cool, drain it and rinse it, then cut it into quarter-inch pieces.

Grab a big kettle and saute your bacon until it's clear, then add in the green peppers, leeks, parsley, celery, and onion. Saute them until they're trender.

Now you're ready to stir in your beef stock, along with the black pepper, red pepper, marjoram, bay leaf, and cloves. Let the kettle come to a boil, then turn it down so it simmers. Cook everything uncovered for about two hours – you just want the meat to get tender. Once it's tender, add the carrots and potatoes and cook for another 20 minutes.

Time to start the roux! Make sure the butter is melted, then stir in the flour. Let it cook for a little while. Once your soup is done, you can stir in your roux. Keep stirring as you let everything simmer together. Once the soup gets thick, you're done!

So, who gets an invitation to your National Pepper Pot Day party?