9 Gadgets the Smartphone Has Diminished the Need for ... 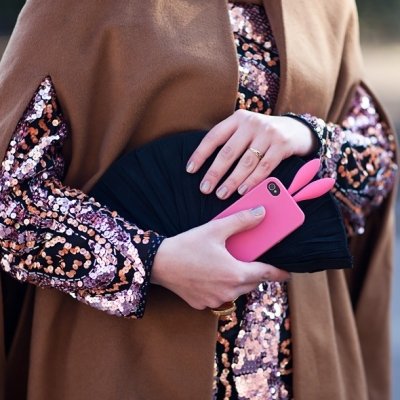 Of all the gadgets the Smartphone has diminished the need for, the GPS is an obvious one. I find the GPS application to be one of the most useful aspects of my smartphone since I am constantly getting lost, both walking and driving. GPS’s used to be fairly expensive, and I even remember when my dad used to tell me to hide my GPS in the car so no one would break in and steal it, which seems utterly ridiculous now considering most peoples' phones have built-in GPS's!

Who needs a home phone now when you have a phone you can take with you everywhere!? I know I still have a home phone, but having my cell phone on me at all times has greatly diminished my need for my home phone.

Years ago, I used to buy several alarm clocks so I could set them at different intervals in case I didn’t wake up to the first alarm. Now, my smartphone does this! I love being able to set multiple alarms on one device so I’m always up and ready for the day!

Remember PDA’s? I used to think they were the coolest thing ever, until I got my smartphone, that is. I mainly used my PDA to jot notes down while on the run, but now the notepad app on my smartphone takes care of this!

While I’m sure the photographers out there will beg to differ, I find I no longer have a need for a camera since I only use the one installed on my smartphone. I know it’s not the best camera, but hey, it works for me!

Video recorders are so passé. Now that you can record videos from smartphones, there’s no need for a bulky video recorder anymore!

I used to use tape recorders to record interviews I would conduct for my classes or to rehearse speeches, but now, there are several apps you can download on your smartphone that act as a recorder!

Remember Gameboys? They used to be the hottest handheld game system! But now, with apps, we can download any kind of game we want on our smartphones, (like Candy Crush and Words With Friends) so there’s no need for a separate game device!

I know many people still use iPods, but ever since I downloaded Pandora and Spotify on my smartphone, I have tossed my iPod to the side as I’d rather carry one gadget to the gym than two.

The cell phone has come a long way from the brick-like gadget many of us first owned. What other electronic devices do you think the smartphone has diminished the need for? Do you still buy any of these devices in addition to your smartphone, and if so, what advantages do they have?