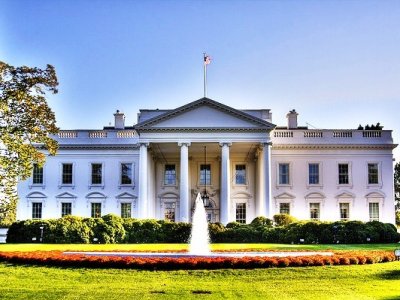 An interest in politics is not something that bothers most people. Perhaps it´s not surprising that we´re jaded and disillusioned, when we seem to lose out whoever´s voted in. But it is important to take an interest in politics, rather than shrug our shoulders or just complain about the way the government is running the country. Here are some excellent reasons why you should care about politics …

1. You Get the Government You Deserve …

My first reason why you should care about politics is that it is important to vote. If you don´t vote, then you don´t have the right to complain about who other people vote for. If you do vote, then you should inform yourself about what each party stands for before you make your decision, and find out their policies on topics that matter to you..

2. Politics Affects Us All

There is not a single one of us who can be unaffected by the decisions that politicians make, whether on a local, national or international level. Their decisions and policies are funded by us, so we should be aware of what is being done in our name. We also have the right to express our dissatisfaction with the results of those policies.

Awareness is important on its own, but taking an active interest in politics can also be a smart move. Whether you work with a party, or with local activists, direct involvement can allow you to play a part in shaping policy. This is particularly true on a local level, which is something that affects your daily life to a more immediate extent. So if you feel strongly about an issue of local importance, get involved and have the satisfaction of working to improve your community.

Do you believe strongly in gay rights, women´s issues, or are you concerned about a prisoner not receiving a fair trial? Whatever cause you are interested in, technological tools like Twitter and the internet can be used to quickly promote issues of political importance. By taking an interest in politics, you can use these tools and other methods to make a contribution towards the causes that matter to you.

5. Stand up for Your Beliefs

We often grumble about political issues, but that won´t actually change anything. If you want to change things, then you need to stand up for your beliefs. By taking an active interest in politics, you can become more informed about the current status of a particular issue and identify what needs to be done to try to bring about the changes you want.

It´s very rare for politicians to make positive changes to legislation unless they are prompted to do so by public opinion! Protesting (legally and peacefully) on issues of importance make the government aware that citizens are unhappy and seeking changes. Of course, protests don´t always work, but nothing will change if you don´t try …

Finally, it´s really important to be aware of what´s going on around us. Find a reliable news source and keep informed about current affairs. Politics is not just some boring topic that we should pretend isn´t happening; there´s far too much apathy, and although it seems as though it makes no difference whoever´s in charge, taking no notice of politics is not going to help matters.

I hope that I´ve convinced you why you should care about politics. Like everyone, I sometimes wonder if there is any point in voting, and if one party is fundamentally much like another. But however flawed the system is, we shouldn´t just shrug our shoulders and act as though we can´t do anything about it. Do you take an interest in politics, and what do you think could be done to improve the system?