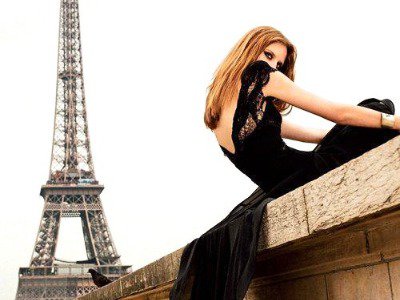 How to improve foreign language skills and get to a level when you can just blend in, think and talk like you’re born with it? Well, improving foreign language skills is rarely a picnic but doesn’t really have to be totally boring either! And if you really love the language in question, you’ll certainly want to go a step further and not limit your sources to only conventional learning methods which, although great, do leave plenty of blanks that need to be filled if one wishes to reach the level of a native speaker. Worry not as these “extras” are much easier and way more fun than they sound! And with that said – definitely check out this list below to get a few ideas on how to improve foreign language skills without having to double the number of your weekly language lessons.

Magazines like Vogue, Cosmopolitan, Harper’s Bazaar or pretty much any local glossy cover that looks like it contains the things that might capture your attention are perfect tools to help you expand your vocabulary! And the best thing about them is that you don’t even have to be able to form a sentence or read a single article – you’ve got the photo, you’ve got the description right under it and you even get to learn the words that don’t pop up in the conversation that often. It doesn’t sound like much at first, especially if you’re trying to find ideas on how to improve foreign language skills to the max but, trust me, all those words will come handy at some point and probably sooner than you expected!

Okay, so let’s say you’re like really, really good but you want to be even better! Like, learn a proper way to spell things without having to channel Bart Simpson in detention and work your pencil into a stub? Well, improving foreign language skills doesn’t have to be a bore! Don’t kill the subtitle, change it to the language you’re hoping to become more proficient at! You’re going to have just as much fun watching the movie with the only difference being the fact that your brain is now actively participating as well, storing images of the words you see on the screen (as well as the correct order of letters in each one of them) into your memory.

Listening to music you like is always a great and easy way to learn a foreign language! And don’t worry – you don’t have to love the traditional local beats to enjoy this fun learning strategy! Every country has its own rock, rap, metal and pop scene which, of course, allows you to lose yourself in a beat you enjoy and the words you barely understand to a point when you really have to Google the lyrics, read them carefully a few times and even dig up a translation of all the parts you can’t quite figure out. You can couple this with conventional lessons, listening to, for example, French music if you’re learning French, Spanish if you’re learning Spanish and so on.

Exercising everything you’ve learned or picked up is absolutely necessary! It’s embarrassing as hell and, before you go all “no way, not me,” let me tell you that I’ve been though the whole laughing-stock experience too. I mean seriously, who’d think “jail” and “kiss” sound so much alike in Greek! Or “yoghurt” and “celebration”! It’s not that big of a deal and hey, even locals make mistakes, so relax and start talking! The more you talk, the better your pronunciation will get and that’s all that matters.

It’s what I do and, quite honestly, it works like a charm! When you have to use one language to do the Hi-how-are-y’alls with family back home, a second one to talk to your husband and the third one to do your job all in the same 24 hours, your brain is bound to start hiccuping here and there. And books not only work like a charm when it comes to clearing out mental versions of the program-is-busy-or-not-responding-close-the-window-and-try-again but help master one language like no classes ever could. You don’t only get to learn a bunch of new words as well as ways to use them in a sentence but gain unlimited access to various dialects as well as humor, punch-lines and sarcasm. It’s the final step in improving foreign language skills because it allows you to stop thinking in your mother tongue and open up a brand new folder in which all of these words and rules you know fit in as naturally as you always had a feeling they should. It’s a struggle and it never really ends but it’s fun as heck too, and doesn’t feel like a chore!

Still wondering how to become better? Well, let me just say that this is probably one of those rare occasions in which being super inquisitive really pays out. If you happen to live in a country whose language you’re trying to learn, get to visit it a lot or have at least a few friends who speak the language– even better! And trust me, when it comes to the list of things you can point your finger at and ask anything from “What’s that?” to “What does it say?”, “endless” is probably the only term that even begins to cover it.

When in Rome… well, if you can’t do what Romans do, you can at least do your best to understand what are they saying. And, trust me, shutting down is the worst thing you could do, even if it all sounds like incomprehensible gibberish. My husband does that and…well, let me just say that his knowledge of my mother tongue has been and has stayed alarmingly limited to just a few short phrases. It’s going to be super-boring at first, especially if you don’t know the language all that well, but there is a bright light in the end of the tunnel and it’s going to get much brighter and much closer very soon! Ask questions whenever you’re not sure about something (whether it’s a phrase, a word or the meaning), listen carefully to test everything you’ve learned so far and do your best to memorize as many new words and phrases as possible.

Are there any other easy ways to learn a foreign language and what little tricks do you use to learn stuff on the go? Let me know your favorite ways to master a foreign tongue!