Do Your Parents Want You to Follow in Their Footsteps 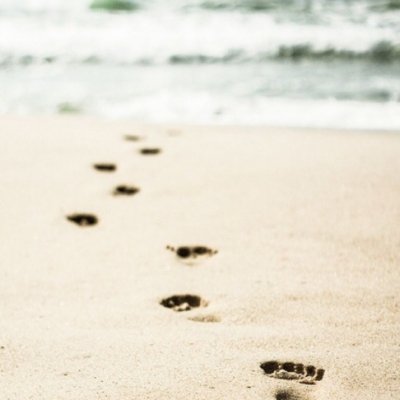 Do your parents want you to be exactly like them? It can be very uncomfortable when your parents think you should always follow their example. Perhaps they want you to enter the same profession, or vote for the party they've always voted for. But if you have your own opinions and plans, family life can become very awkward. Here's what to do if your parents expect you to follow in their footsteps …

1 Give Them a Fair Hearing

Respect your parents' opinions. They may actually be right on some things, or have a good point. Even if you don't want to follow their example, it doesn't hurt to listen to what they have to say. Then at least you can say that you've given them a fair hearing, even if you then go on to do something other than what they want you to do.

2 Look for a Compromise

There may also be a way for everyone to be happy. Compromising can sometimes be the solution to parents wanting you to follow in their footsteps. If you make some small concession to them, they won't feel that you've ignored them, and you will be happy that you're doing something you want to do.

Perhaps your parents want you to do what they've done because they're worried about you. They may want you to go into the same profession because it's a secure, well-paid career. Reassure them that you'll be ok. There are other important factors than income; job satisfaction or doing a meaningful career can be far more worthwhile than earning a lot.

4 You Have Your Own Ideas

You have every right to have your own opinions and plans. You're not a clone of either parent but an individual with your own ideas and dreams. That can be hard for a parent to understand. They may want you to be like them. But you still have a right to your opinions, especially if you're an adult - and even if you're still a teen, you still have to develop your own ideas.

5 It's Important to Live Your Life the Way You Want

As is so often said, you only get one life. So why live it trying to please someone else at the expense of your own fulfilment? If your parents feel sad at your life choices, they are the ones who need to ask themselves if that's fair. Wouldn't they rather have raised an independent person who is happy in life?

If you really don't want to be a doctor or join the family business, stick to your guns. There's no point in doing something you hate or are not truly committed to. It's a waste of your life and of the money you'll spend studying. You'll only end up unhappy and bitter that you weren't allowed to do what you wanted.

7 What You've Learned from Them

You may not be going into the career that your parents want for you. But you can make them feel happier by pointing out the other, less obvious ways that you're following in their footsteps. Show them that they've taught you useful skills and values, such as that the importance of having a good work ethic and education.

You need to be yourself and live the life you want. If your ideas happen to be the same as your parents' ideas, there's nothing wrong with that. But you shouldn't be pushed into following a path that isn't right for you. What is the most valuable lesson you've learned from your parents?